Luke Allen from Keynsham died from injuries suffered during a fall through the roof at the Baldwin Street site last week.

The site was the former home of the Sports Cafe and is being converted into student apartments.

Ikon is main contractor on the job where Allen was working for a subcontractor.

The family tributes reads:“Luke Allen was a 22-year-old man from Keynsham. He attended Broadlands Secondary School where he met some of his lifelong friends.

“After leaving Broadlands, Luke attended Bath College while working a part-time job at Tesco in Keynsham and about two years ago he got a job at Brocks Labour Ltd doing demolition, which he loved.

“Everywhere Luke went he seemed to make so many great friends, who all now hold fond memories of him.

“Three years ago, Luke met the love of his life, Eva Lewis-Smythe. She was his whole world as he is hers. Luke lived at his home in Keynsham with his mum, dad and sister.

“Luke loved going to the gym, building muscle and improving himself. He would always tense his arm and say ‘quick feel my arm’, this always did make people chuckle.

“Luke also loved his tattoos. He wanted them everywhere but so far he had an arm sleeve, a leg sleeve and he had not long started on his other arm. He also had a tiger on his hand for his mum, and along with Eva was this year going to get the number 26 for their anniversary, which is the 26th June.

“Luke was such a kind, caring, loving man and everyone knew it. He was a big softy, especially with his family and Eva. He would always put someone else’s needs before his own and do anything to help anyone.

“The loss of Luke has had a massive impact on his family and friends. He touched the hearts of so many people.

“22 is such a young age to be snatched away from this world, but his memory will live on forever.

“He was, is and always will be the life and soul of the party, the class clown, the best friend, the ‘hulk’, the best son, boyfriend, brother, grandson and nephew and he will be missed so much.” 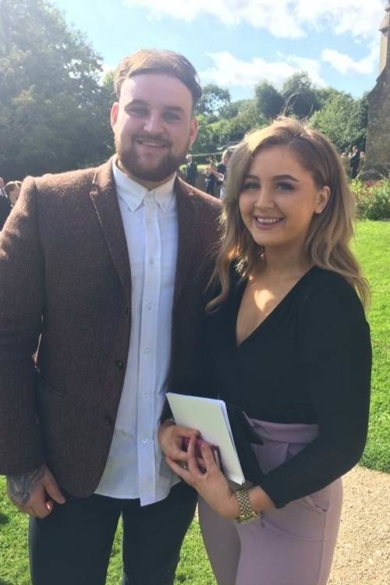