The firm bought the Angelgate development site on Dantzic Street at auction for a reported £5.2m and will now draw up its own residential scheme for the central Manchester site. Planning permission is expected to be lodged before the end of the year.

Pinnacle (Angelgate) was a special purpose vehicle for developer Pinnacle, which continues to trade. The previous consented twin tower scheme consisted of 344 flats.

Around 70 investors from South East Asia paid more than £30m up front for flats in the failed scheme, which was the subject of complaints to Greater Manchester Police.

Gavin Taylor, regional general manager of FEC Manchester, said: “Having acquired the Angelgate site at auction, we will prepare new plans for a residential development and hope to submit a revised planning application to Manchester City Council before the end of 2018.”

FEC has several residential developments in the pipeline in London including Alpha Square in Canary Wharf, Hornsey Town Hall in Crouch End and the Walkabout building in Shepherds Bush. 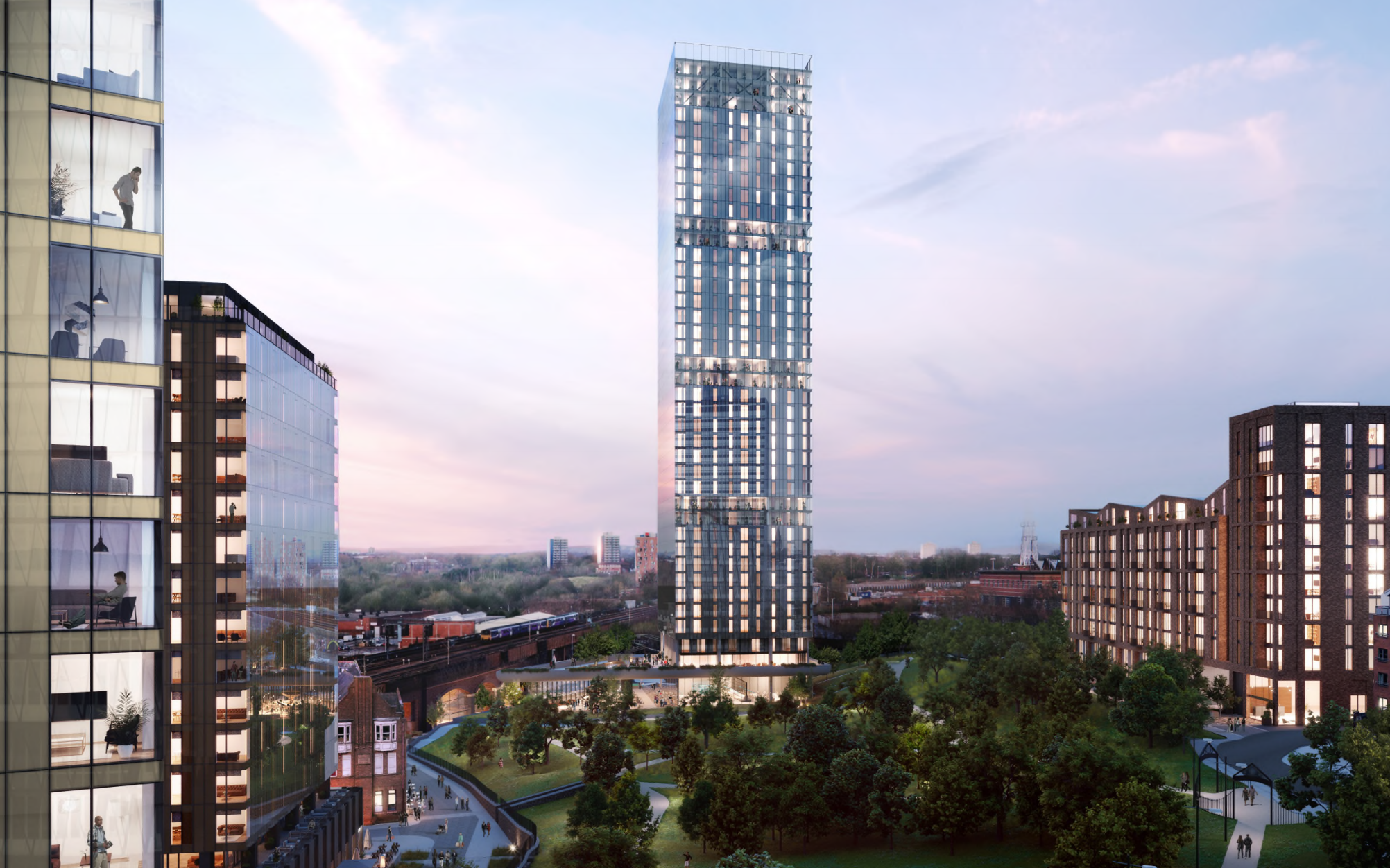 In Manchester it is tendering plot 4 of its Angel Meadows scheme (pictured above). Ardmore, Bouygues, Russells Construction and Eric Wright are in the bid race for the 20-storey residential project.