In a particularly damning report Arup fire expert Dr Barbara Lane described a culture of non compliance at Grenfell with led to the catastrophic rapid spread of the fire, causing 72 deaths.

Lane suggests that reconfigured replacement windows in the building allowed the fire in flat 16 to escape to non-compliant combustible cladding panels and insulation which was “substantially to blame for the tragedy”. 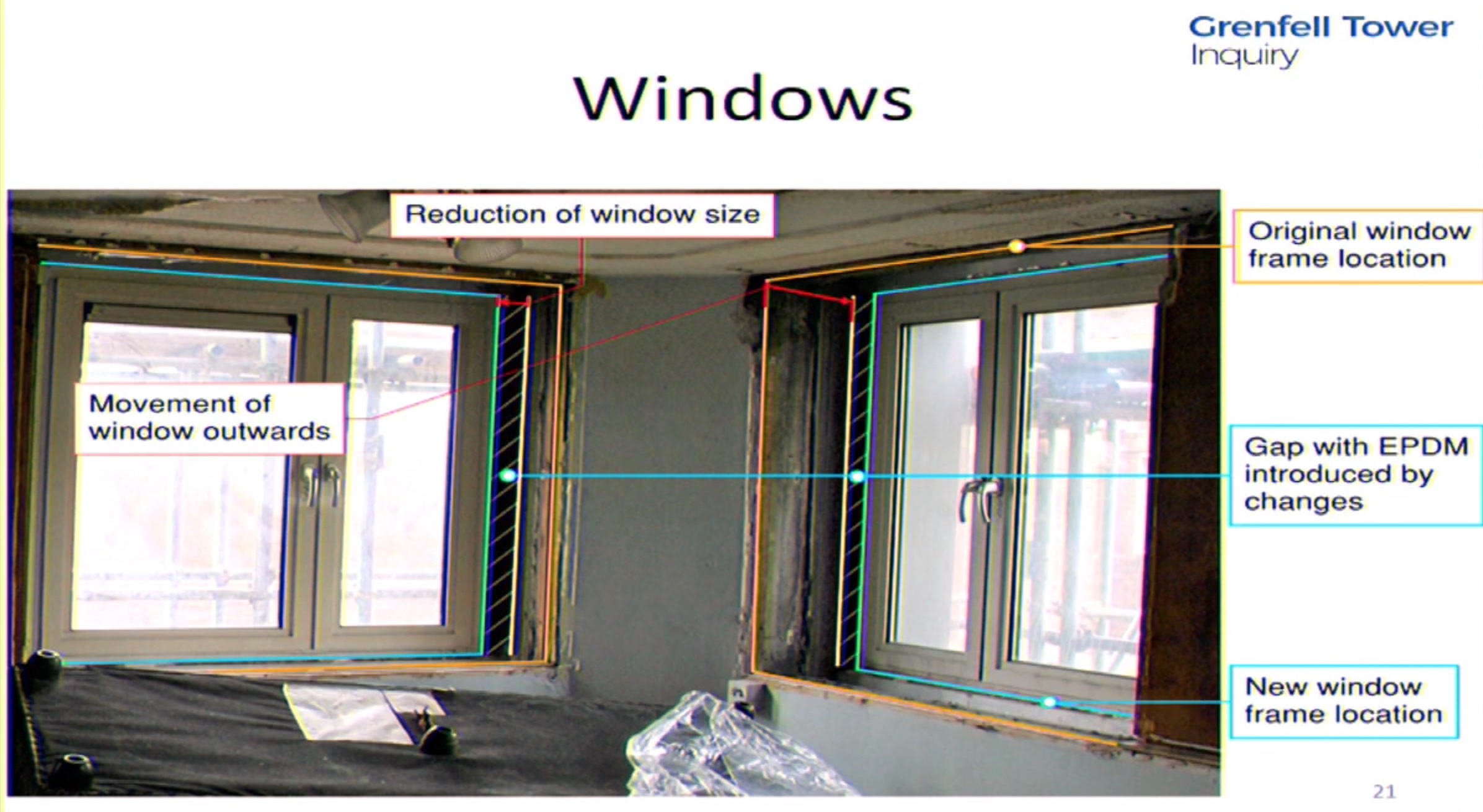 Experts told the inquiry, the uPVC window frames appeared to have melted, exposing combustible materials plugging the cavity between the new windows and building exterior within them.

This allowed the fire to escape from the fourth floor flat igniting the flammable core of the rainscreen cladding outside and spreading rapidly across the tower. 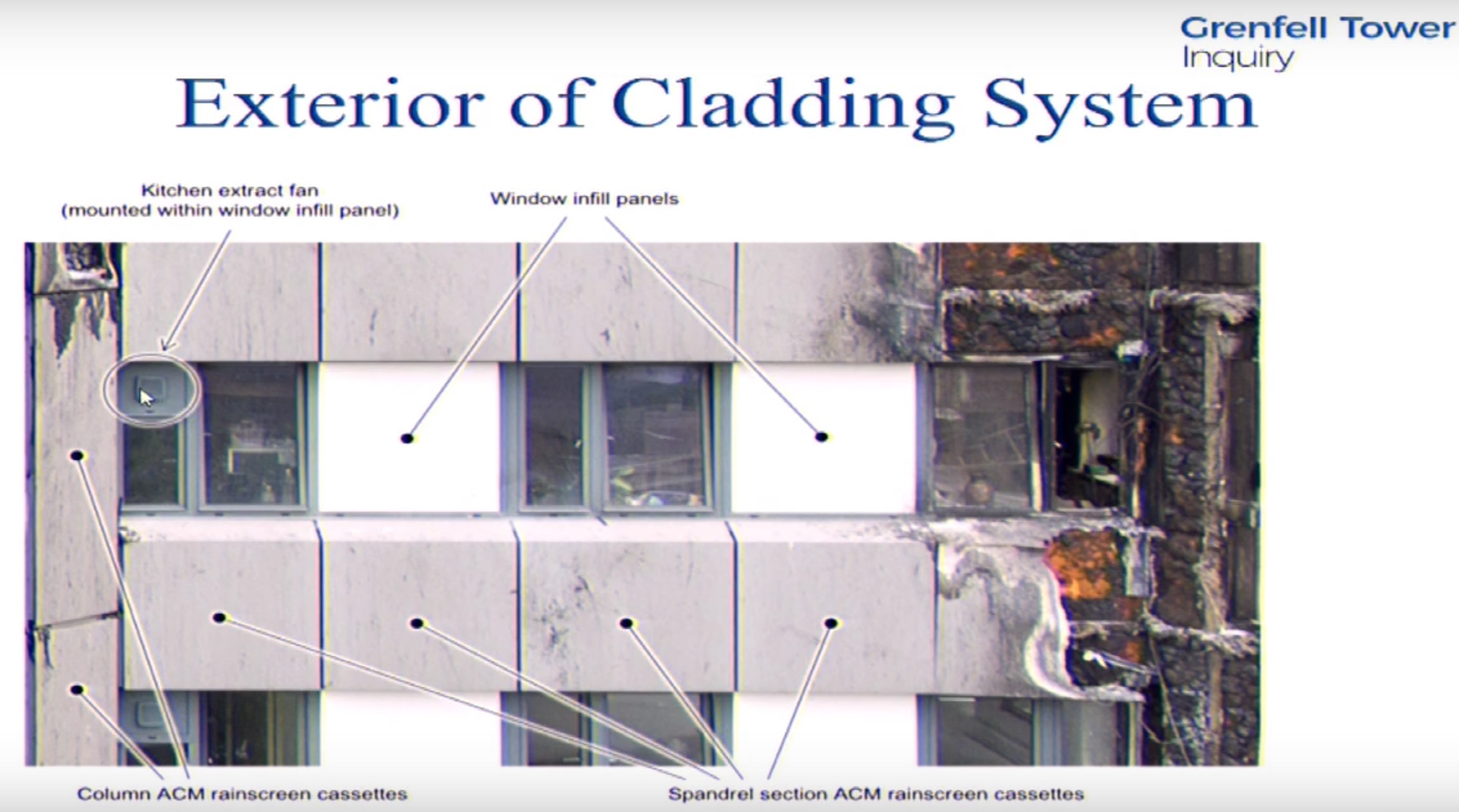 Within 30 minutes the blaze had spread from the flat to the top of the tower.

Lane concluded that most of the fire doors at the entrance to the 120 flats had been replaced in 2011 but neither they or the original doors still left in place complied with fire test evidence.

This allowed fire to spread rapidly within the building through several entry points from the exterior.

Lifts at Grenfell failed to perform effectively, hindering the transportation of firefighting equipment and creating an unnecessary risk to residents who could not use it to escape.

The stairwell, the only escape route in the tower, became clogged with smoke and ventilation systems in communal areas were overwhelmed by the extent of the fire.

She also recommends full-scale testing of rain screen cladding systems going forward including window openings and fixtures and fittings rather than simple strict compliance with the current BS8414 arrangements.

Lane writes: “I have found no evidence yet that any member of the design team or the construction team ascertained the fire performance of the rainscreen cladding system materials, nor understood how the assembly performed in fire.

“I have found no evidence that Building Control were either informed or understood how the assembly performed in fire.

“I await further evidence of these matters, which I will explore in my Phase two report.”

The outline of the failures was revealed yesterday as the public inquiry, which is expected to last 18 months, turned to the cause and spread of the fire.

More detailed evidence about the failings of the refit will be revealed in coming weeks.