So far around £50m has been paid out for actual claims received, with the redundancy payments office expecting the final bill to reach £65m.

All employees of Carillion were eligible to make a claim for redundancy, including those transferring to new suppliers.

Total redundancies stood at 2,787 or 15% of the original 18,500 strong workforce in August when all of Carillion’s contracts had been transferred.

Around 13,945 staff or 76% of the pre-liquidation workforce transferred to next suppliers.

A further 1,272 former staff left the business during the liquidation through finding new work, retirement or for other reasons.

Around 240 core employees are currently being retained to help close out the remaining activities.

The sum was revealed in a Freedom of Information request to the Insolvency Service by union Unite.

Accountancy firm PwC, which was engaged by the Insolvency Service to break up Carillion and transfer its outsourcing contracts to new providers is expected to have earned around £50m from the company’s collapse.

The taxpayer will also have to pick up the bill for the work to complete Carillion’s key strategic projects including the Royal Liverpool Hospital and the Midlands Metropolitan Hospital.

The full cost of this project bailout has still to be quantified.

Unite assistant general secretary Gail Cartmail revealed the cost to the taxpayer during a speech yesterday at the Labour party conference.

She said: “These revelations further underline why the government must order a full public inquiry into Carillion’s collapse to not only understand who was responsible for the greatest corporate failure in UK history but also the total cost to the taxpayer.

“Additionally, the police need to undertake an immediate criminal investigation into those responsible for Carillion’s collapse. If no laws were broken then we need better stronger laws to prosecute the guilty.” 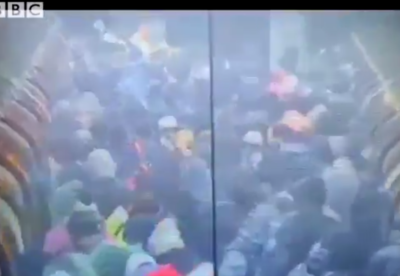