While the industry is losing out in the popularity stakes, the industry can take some comfort that construction’s actual share of employment of youngsters increased from 2.2% to 2.7%.

The latest ONS data suggests that the industry’s efforts to improve its image is slowly starting to pay-off but more industries are doing better in the fight for young talent.

The slide represents the biggest fall for any sector. 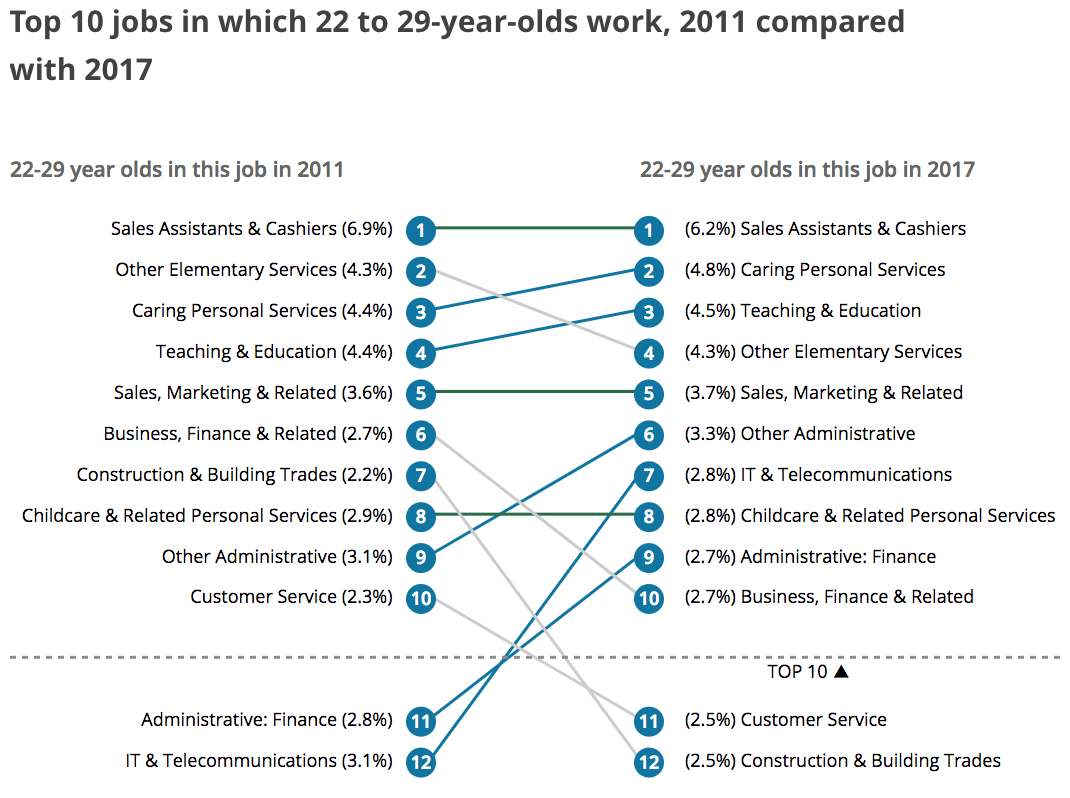 Blane Perrotton, managing director of the national property consultancy and surveyors said: “The industry is facing a perfect storm of dwindling interest among young recruits and a steady loss of skills as older and more experienced workers retire.

“Such a chronic skills crisis has forced the industry to rely heavily on labour imported from abroad.

“EU nationals account for a tenth of all construction workers in the UK and a third of builders in London.

“While the spectre of Brexodus remains more of a threat than a reality – for now – the prospect of EU workers leaving or staying away from a post-Brexit UK is truly chilling for an industry that is already struggling to cope because of skills shortages.

“If Brexit shuts off the tap of skilled European workers on which UK construction relies, there’s a real danger we could reach a point where the industry can no longer deliver everything that is asked of it.”

He added it was more vital than ever that construction step up efforts to attract young blood and shrug off the negative stereotypes.