Birmingham City Council had been due to fund the village from its own reserves but the Government has stepped in amid fears of acute pressure on the council’s budget.

He said: “In 2022 Birmingham will host the Commonwealth Games. It will provide the platform for this great city to shine on a global stage.

“That’s why I’m proud today to announce the Government funding for the construction of the Athletes Village.

“We will invest £165m to help support the delivery of 5,100 new homes, but just as importantly create a long lasting legacy for Birmingham and from the Commonwealth Games.”

The Commonwealth Games Village, proposed to be built on the site of the former Birmingham City University campus in Perry Barr, would be large enough to accommodate the 6,500 athletes and officials coming to Birmingham in the summer of 2022.

The accommodation will also feature a running track and green spaces and is a short distance from Alexander Stadium where the track and field events will take place.

Glancy Nicholls Architects has developed the masterplan of the Commonwealth Games Village.

After the Games, the Village would provide around 1,400 new homes across a range of different tenures. The development would also include an extra care village for older people and a community centre. 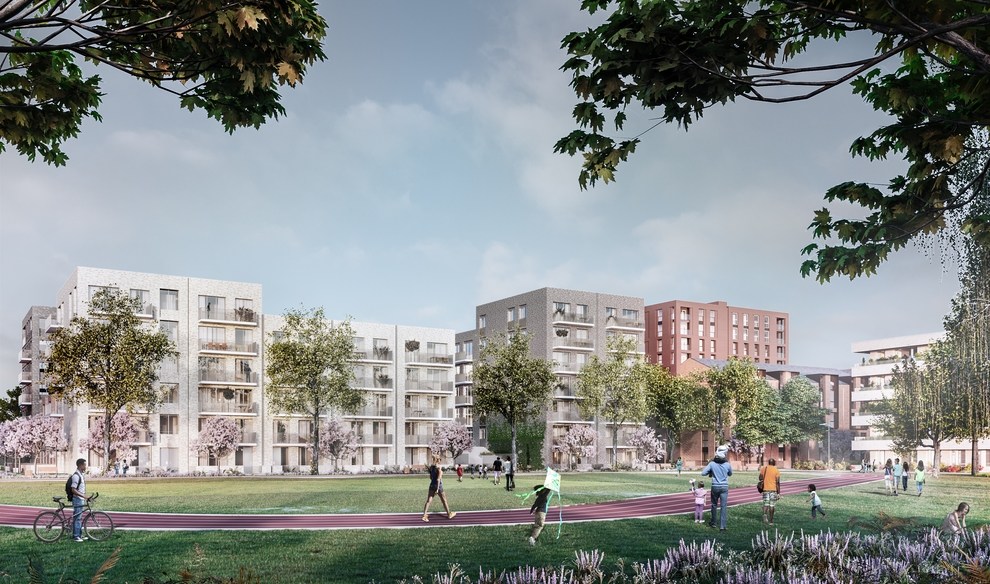