The new devolved operating model will bring track and train closer together to better focus on service performance.

Its planned new structure will be formed of 13 routes, increased from the current eight.

The routes will be supported by five Network Rail regions, each led by a managing director. These will be Scotland, Wales & Western, London North Western, Southern and Eastern.

A number of previously centralised services and functions will also be devolved to region or route level enabling them to be more responsive to customers and passengers and better deliver to future plans. 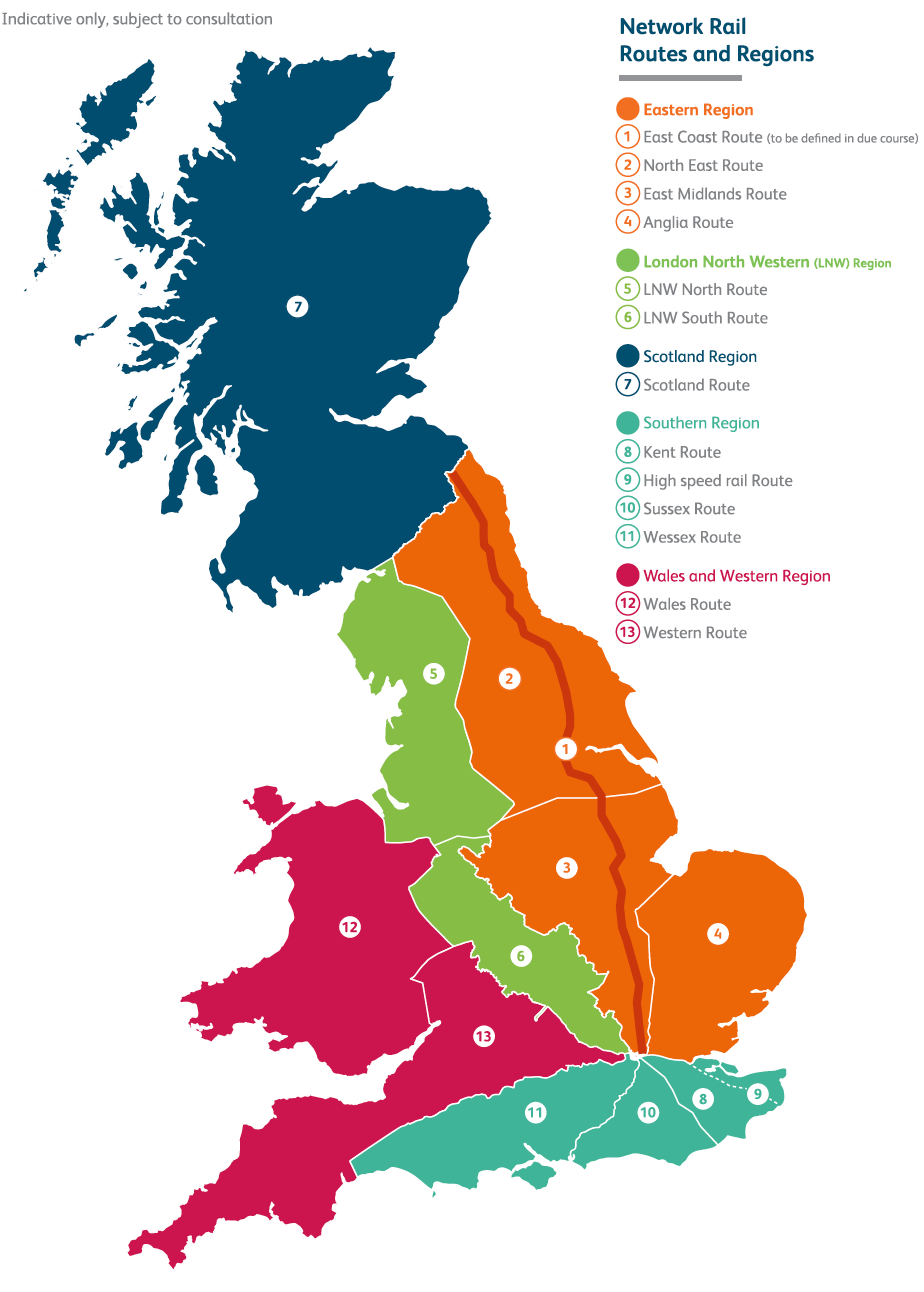 Against this backdrop of transformation, it said the main priority remained to deliver a safe and reliable railway.

“Performance is not good enough and my comprehensive discussions with partners, passengers and politicians up and down the country has made clear to me the things we do well and the areas where we need to improve.

“Devolution has to go much deeper to enable us to get much closer to our partners and customers and be in a much better place to put passengers first and deliver for business too. The changes I’m announcing today are designed to do just that.”

Keltbray furloughs one third of its workforce

£5m Pay It Forward Scheme to support 2,750 self employed operatives
2 days ago

Board and senior managers take 20% salary cut
2 days ago

Scottish sites ordered to close unless on essential list

Scottish government publishes list of what construction work can carry on: Full details
3 days ago

Private clients urged not to come after contractors

Builders call on CITB to cancel levy this year

New MDs appointed at Byrne Bros and Ellmer
3 days ago