Kier was the biggest beneficiary getting £3.246m back in grant funding from its levy contributions. 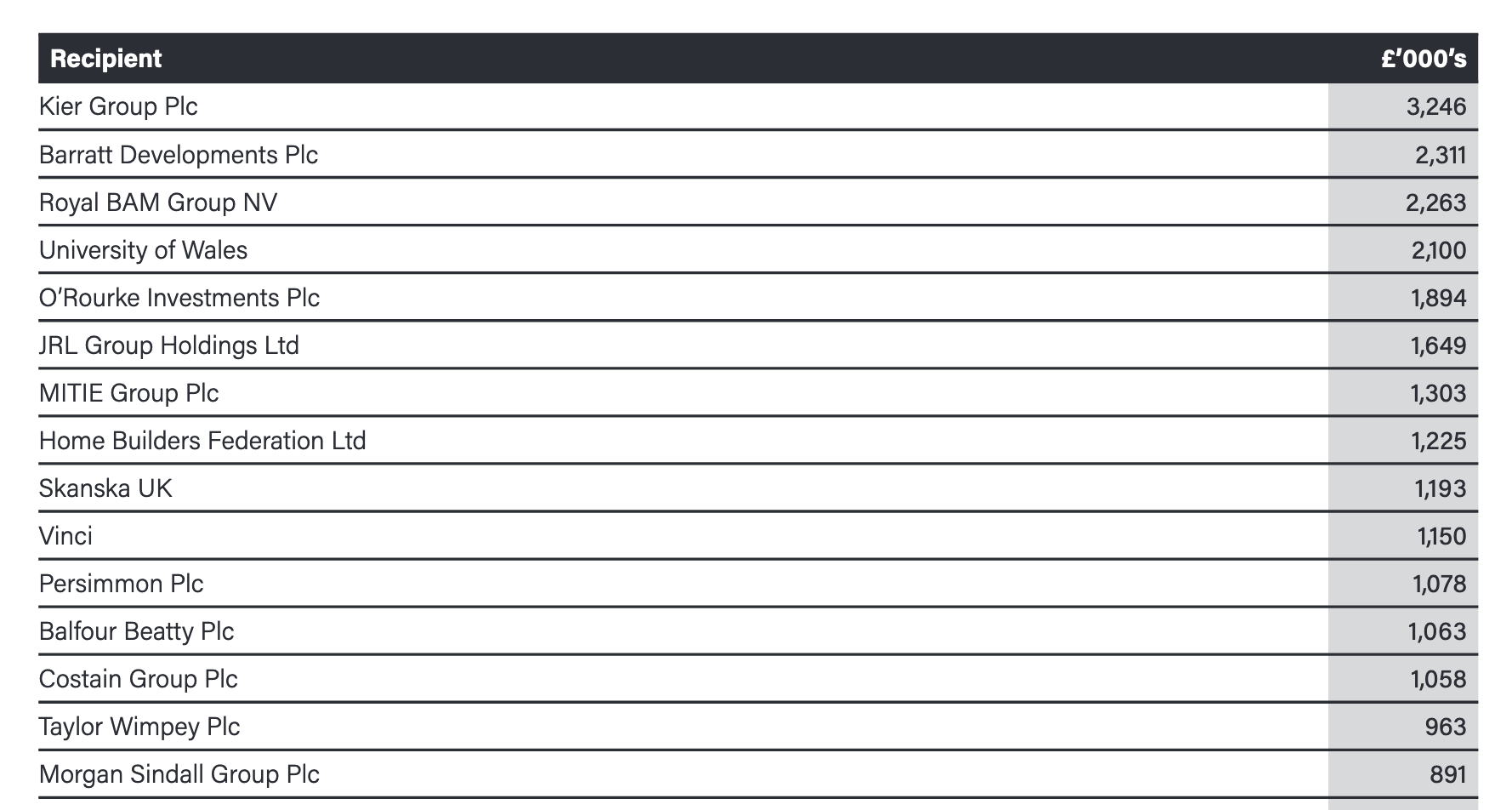 Ian Anfield, managing director of payroll and contracting services specialist Hudson Contract said: ‘The Latest CITB accounts show that despite commitments made during the last consensus process, CITB continues to favour large businesses and those who lobby for them.”

CITB chief executive Sarah Beale said: “61% of CITB grant funding goes to micro, small and medium-sized employers, with more than £69m invested in skills over the past year.

“In addition, we’ve grown the Skills and Training Fund. In the last year, we have invested over £6m to support 1,300 small firms.

“This year we aim to reach 1,900 small firms and will introduce a new £4m fund for medium-sized employers next year.”

Among the top 15 grant recipients was the Home Builders Federation who voted against the CITB continuing to have levy-raising powers in its last review.

Anfield said: “The HBF moved into the top 15 recipients of grants list, enjoying a £1.2m payout after withdrawing support for the CITB levy in 2018.

“The whopping grant payment is no doubt aimed at buying support when the CITB is forced to go through its triennial consensus process next year.”

Accounts show staff numbers continued to fall at the CITB which had 1,266 direct and temporarily employed staff in 2018/19 compared to 1,305 the previous year.

Total employer funding fell to £115.1m from £248.4m but the previous period was an extended 15-month window.

CITB said: “The comparison between the prior period’s accounts and this year is distorted by the fact that the 2018 accounts covered a 15 month accounting period: by exceptional payments in that year; and by the fact that this was a transition year with new grants replacing former funding streams.”

Insolvency Service investigates after contractor goes into liquidation
2 hours ago

Strongest rise in output for nearly five years
4 hours ago

Pandemic to cut margins to 0.5% this year but contractor confident in long term prospects
7 hours ago

Demolition framework for Scottish council and housing associations
22 hours ago