Offcial indicators now point to a protracted slowdown, as construction output fell by 0.8% in the three months to July and orders shrank by over 13% in the second quarter.

The output slide against the previous three-month period was driven mainly by lower repair and maintenance activity of 2.2% and a 0.1% fall in new work.

Tightening pressure came from a 6.2% drop in public other new work and 0.5% slip in private new housing. But strong growth of near 7% in public new housing helped to offset a serious decline. 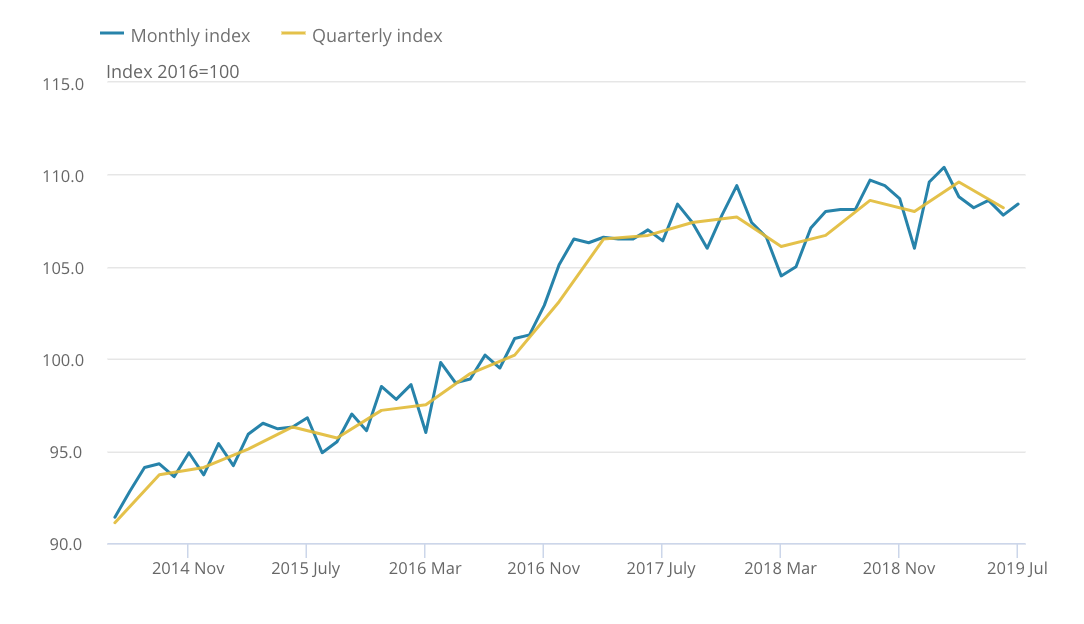 The main culprits were private commercial and other public new works, down by around a quarter.

Gareth Belsham, director of the national property consultancy and surveyors Naismiths, said: “Even by the volatile standards of the construction industry, contractors’ order books have been subjected to both feast and famine this year.

“Despite a largely grim backdrop of declining output, such extreme swings in new orders offer a paradoxical bright spot – as they hint at the depth of latent demand that is being held back as clients hold off on pulling the trigger.

“Yet there is only so long moth-balled projects and deferred investment decisions can be held back.”

He added: “After more than three years of crushing uncertainty, it’s no longer clear whether the deadlock stands a better chance of being broken by a ‘no-deal’ Brexit or another delay.”

Clive Docwra, managing director of construction consulting and design agency, McBains added: “All the signs point to a protracted slowdown in activity over the coming months.

“Meanwhile, the weak pound means the cost of imported materials is squeezing pockets.”