A major fire ripped through the four-storey Hamptons block in Worcester Park during the early hours of Monday morning reducing it to ashes.

At its height, twenty fire engines and 125 firefighters were battling with the fire at the Sherbrooke Way block.

It was built by Berkeley Homes subsidiary St James over 10 years ago as timber-frame structure, clad with cementitious planks to look like timber cladding resembling the New England style. 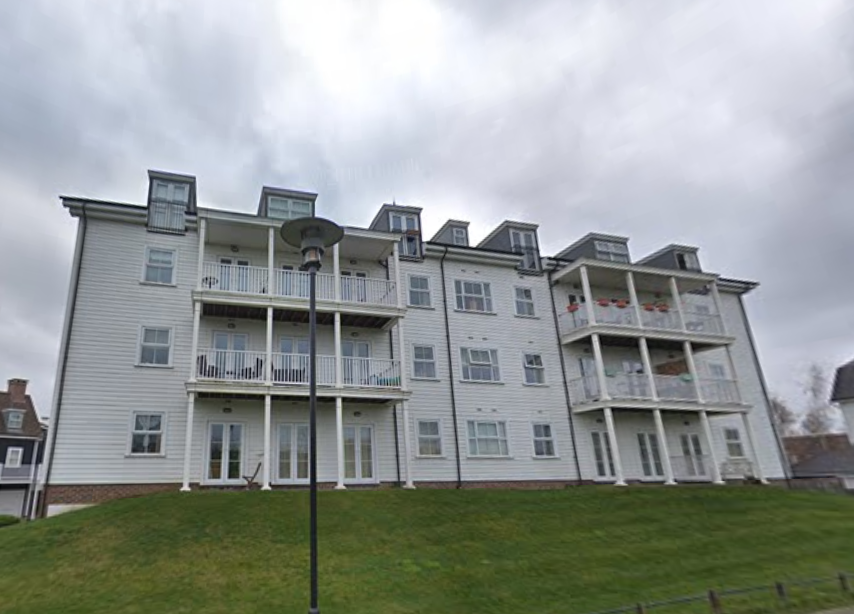 Worcester Park block before the fire

The inferno follows several major timber fires at completed residential developments this year including the Beechmere retirement development in Crewe in August and Barking Riverside in London in June.

It has led to calls from the influential Royal Institute of British Architects expert fire safety group for Government to re-examine fire sprinkler rules and timber frame construction.

Jane Duncan, chair of the RIBA Expert Advisory Group on Fire Safety, said: “It is very sad to see another terrible fire occur.

“While we have welcomed the government’s ban on combustible materials for residential buildings over 18m, this four storey building fire demonstrates that the application of this regulation may need to be extended.

“This fire demonstrates the need for sprinklers in residential buildings, and fire warning systems in individual flats, not just in communal parts.

“However, while important, sprinklers should not be used to compensate for other crucial fire safety measures.”