As part of the MBO, which started in 2017, Jason Warren has replaced Chris Bartram as managing director who will now take a sideways move along with fellow veteran Mark Dockery.

Both will retain a shareholding and become non-executive directors with the remainder of the Croydon-based company owned by the board of directors. 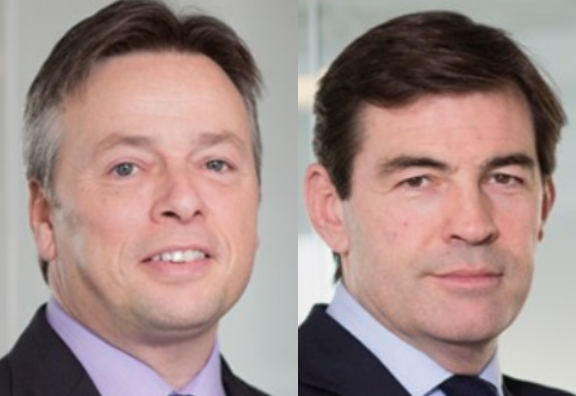 L-R: Bartram and Dockery sell a majority of shareholdings and take non-executive roles

The change in structure has been implemented to allow for future succession planning and to provide increased opportunity for career progression across the business.

Warren has been with Collins for six years, and has been instrumental in developing the company’s reputation in the refurbishment market.

He will be supported by board directors Mary Brooks, Stuart Johnson, Steve Davies, Max Barrett and Colin Payne.

Established in 1956, Collins Construction currently has 160 employees and operates predominantly across London and the south-east delivering refurbishment and fit out across the workplace, healthcare and leisure sectors.

Recent projects include a fit-out for Landsec’s new concept MYO, a £12m refurbishment for Total Office Group, the Wimbledon Tennis Museum, and on-going fit outs for Kirkland & Ellis in The Gherkin.

Warren said: “This is an exciting time for Collins Construction and an opportunity to pave a way for the next generation of leaders.

“I am honoured to be taking over as managing director from Chris who has been at the helm for 30 years.”

Deal to advance BTR flats at store sites in Bromley, West Ealing and Reading
3 hours ago

New body, Great British Nuclear, will be set up to develop pipeline of nuclear projects
5 days ago