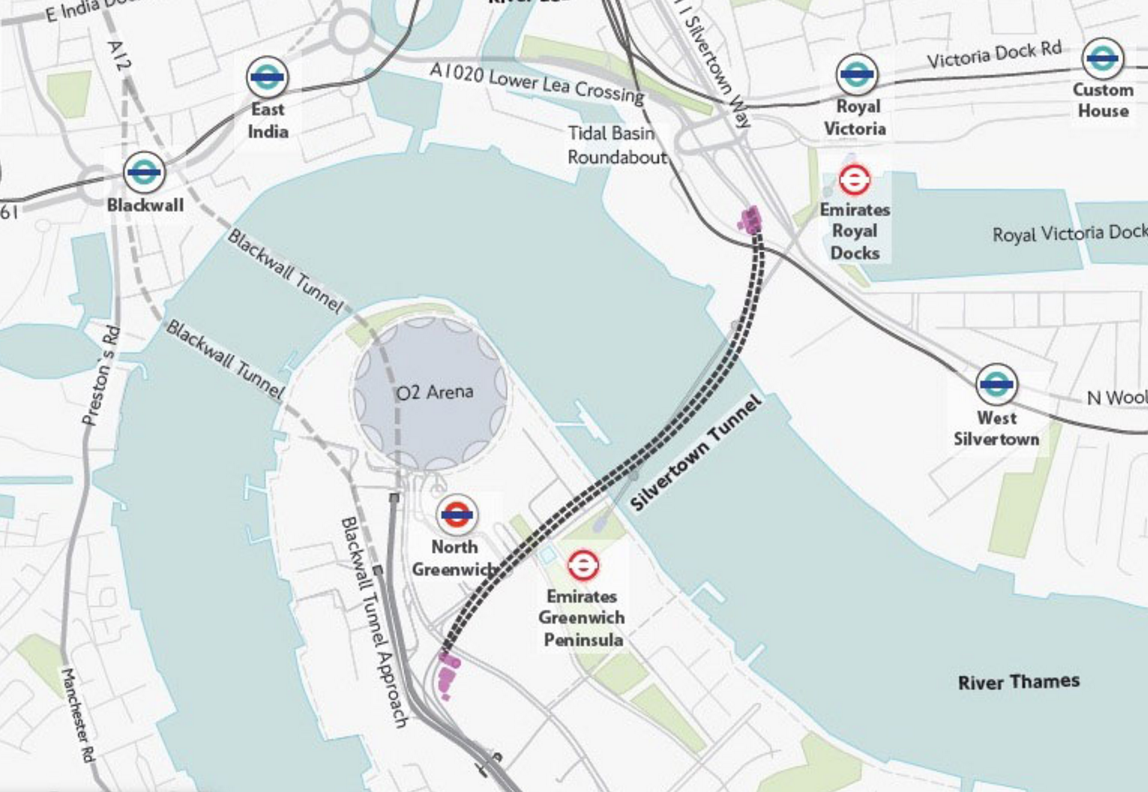 The design includes a 1.4-kilometre twin-bore road tunnel under the River Thames as well as 0.6-kilometres of access ramps.

Silvertown will be the UK’s first major road tunnel to include a dedicated bus line in both directions.

When it opens in 2025, the tunnel will support future population growth in this part of London – and minimise the growing delays through the 122-year-old Blackwall Tunnel.

The contract award for the East London river crossing was stalled after reserve bidder Silver Thames Connect– which contains Hochtief and Dragados – lodged a legal challenge.

This automatically forced TfL to suspend the procurement process threatening to delay the vital river crossing between Royal Docks and Greenwich Peninsula.

Last month STC consented to TfL’s application to the court to lift the suspension allowing work to proceed with contract award.

The legal battle, which is based on STC concerns about the scoring process and alleged anomalies in the marking, will still continue in the courts.

Payroll software problems leave workers out of pocket
16 hours ago

Order books healthy but worries grow over margins
14 hours ago

Plans in for BBC’s new home in Birmingham