To drive further growth managing director David Wylie has also strengthened his board with three key promotions within the Scottish contractor.

He said: “My first year as managing director has been exciting. Our company has achieved a lot during this time but we still want to move forward.

They will support the group’s commercial efforts, particularly in the area of on-site delivery, as well developing CCG’s market position in non-house building projects. 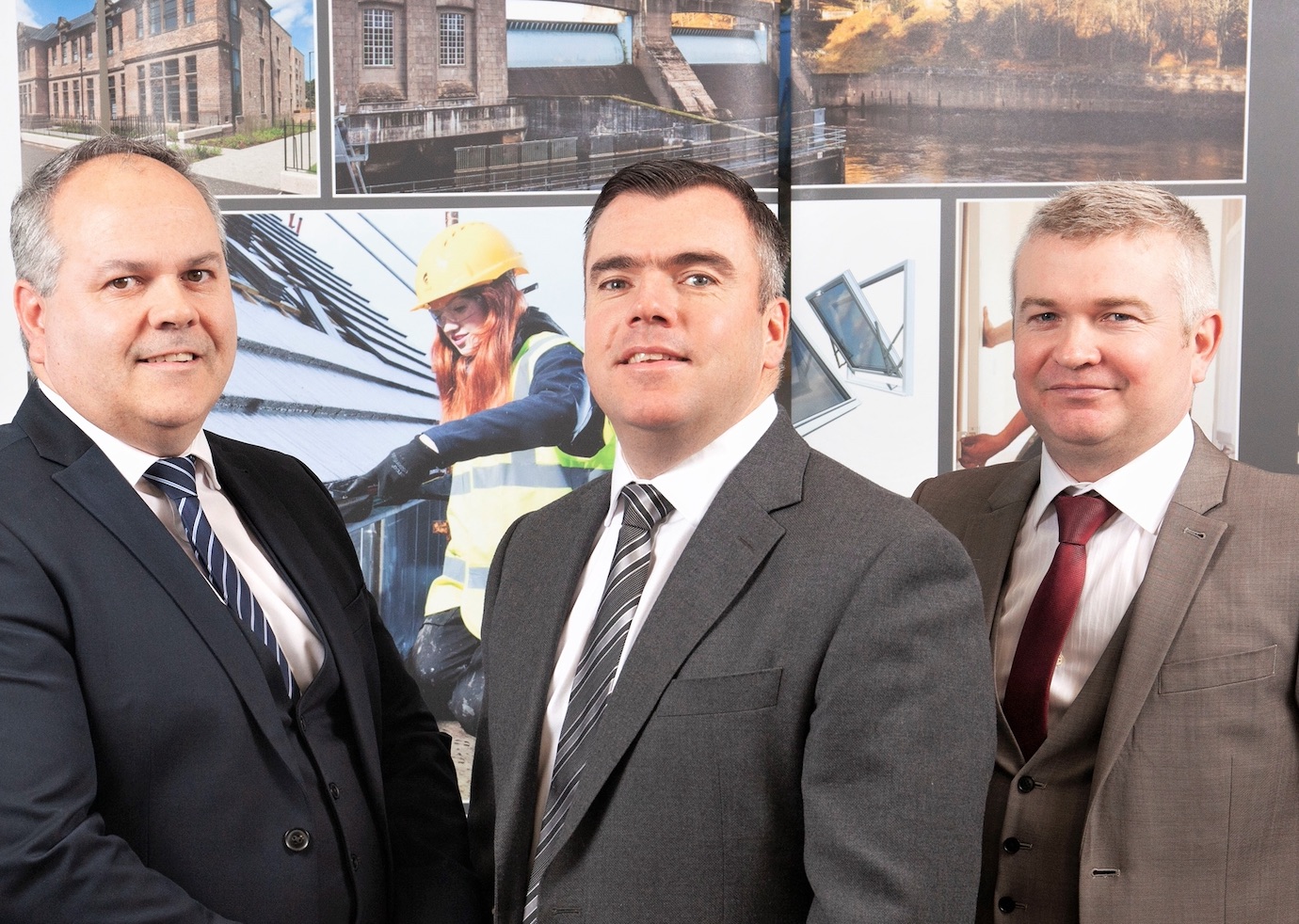 Pre-tax profit in the year to 31 March 2019 also increased £3.5m to over £12.6m as the firm benefited from rising partnership housing work.

Accounting for 85% of the group’s turnover, house building remains a focus with over 1,000 homes constructed in Scotland in 2018/19.

CCG attributes this growth to working with local authorities and housing associations across Scotland, to create certainty and a pipeline of projects beyond 2021.

Last year CCG also re-entered the private housing sector with the relaunch of CCG Homes and its flagship project Riverford Gardens in Glasgow’s south side.

CCG Homes is also planning to deliver a further 81 homes in Cambuslang as part of a mixed-tenure development that will see 311 homes completed by 2022.

Bernie Rooney, financial director of CCG (Scotland), said that the pipeline of contracts not only creates certainty but also enables the business to fulfil its ambitions across the group divisions which includes manufacturing, planned maintenance, housing renewals and M&E services.

In the last year, CCG also launched a double-shift pattern at its offsite manufacturing facility taking staff numbers to over 120 while investment has continued in its industry-recognised apprenticeship and trainee programmes with over 10% of the total 700 staff holding an apprenticeship or professional/management trainee position.

Job cuts among 6,000 strong UK workforce to hit next month
2 days ago

BAM, Lendlease and VolkerFitzpatrick understood to be in running for main contract
2 days ago

Specialist goes down after sharp drop in turnover
1 day ago

Plan for jobs promises £6,500 for work placement kickstarters and £2,000 for apprentices
3 days ago

Fixed-fee adjudication service will not see legal bills for contractors rise above £5,000
3 days ago

Construction of £1.8bn project to run for four years
3 days ago

Police hunt for lorry shedding its load
3 days ago

Drop in demand set to impact 2021 revenue
5 days ago