The latest project to be hit is the £120m Lincoln Eastern Bypass, which has suffered heavy flooding, particularly around a major flyover section.

This will delay lifting of associated road closures around key sections of Galliford Try’s project and could hit the overall completion date set for May 2020. 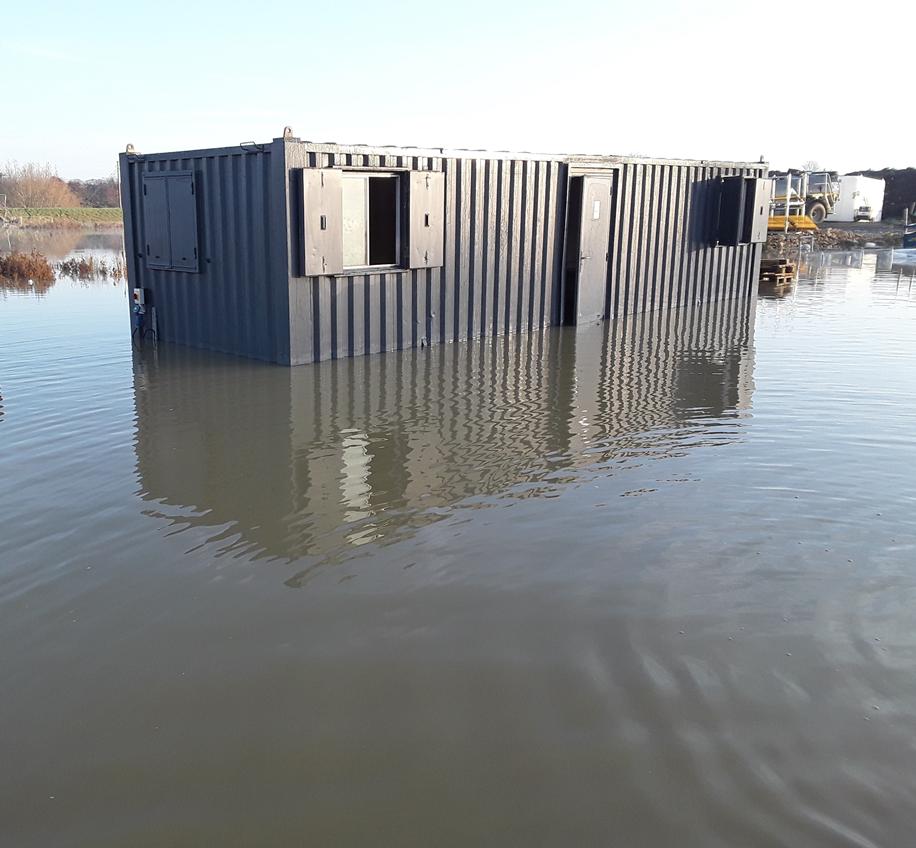 Civil engineering contractors around the country have been hit by the extremely wet weather.

One told the Enquirer: “It’s impossible to make progress on some sites, whether its groundworks or major civils.

“It wouldn’t surprise me with things so tight at the moment that weather delays could send some under.”

These include phase 1 of BAM’s £25m Carlisle flood risk management scheme in Cumbria.

The latest problems on the Lincoln Eastern Bypass are another blow to the project.

It was first set-back by the collapse of then-incumbent contractor Carillion, with Galliford Try brought in to finish the project.

Then at the start of this year earthworks contractor Hawk fell into administration.

These events saw cost soar by over over £21m.

Karen Cassar, Assistant Director – Highways, said: “The county as a whole, including Lincoln, has experienced more than twice the average amount of rainfall during September and October, along with several days of heavy rainfall in November.

“This rain has severely hampered on-site activity and completely saturated the bypass site.

“Not only is there flooding in several areas, but the earth and soil that was supposed to be moved to and from various locations still isn’t in a suitable state to move or use since it’s so wet.”

Work up for grabs at latest Constructionline Meet the Buyer event: Register now
5 hours ago

Civils specialist had a £28m turnover
11 hours ago

Operators, trainers and contractors fuming over months of CPCS renewal problems
11 hours ago