Block E, a six-storey building that will overlook Dundee Street and Drysdale Road, will include 139 flats.

In total, Springside will provide 476 homes alongside health and wellbeing facilities, roof terraces and a private dining room with unique views of Edinburgh Castle.

Springside will also include 15,000 sq ft of ground-floor retail and leisure space, which will be centered around the new landscaped public squares, creating a build-to-rent ‘urban village’ right in the heart of Edinburgh. 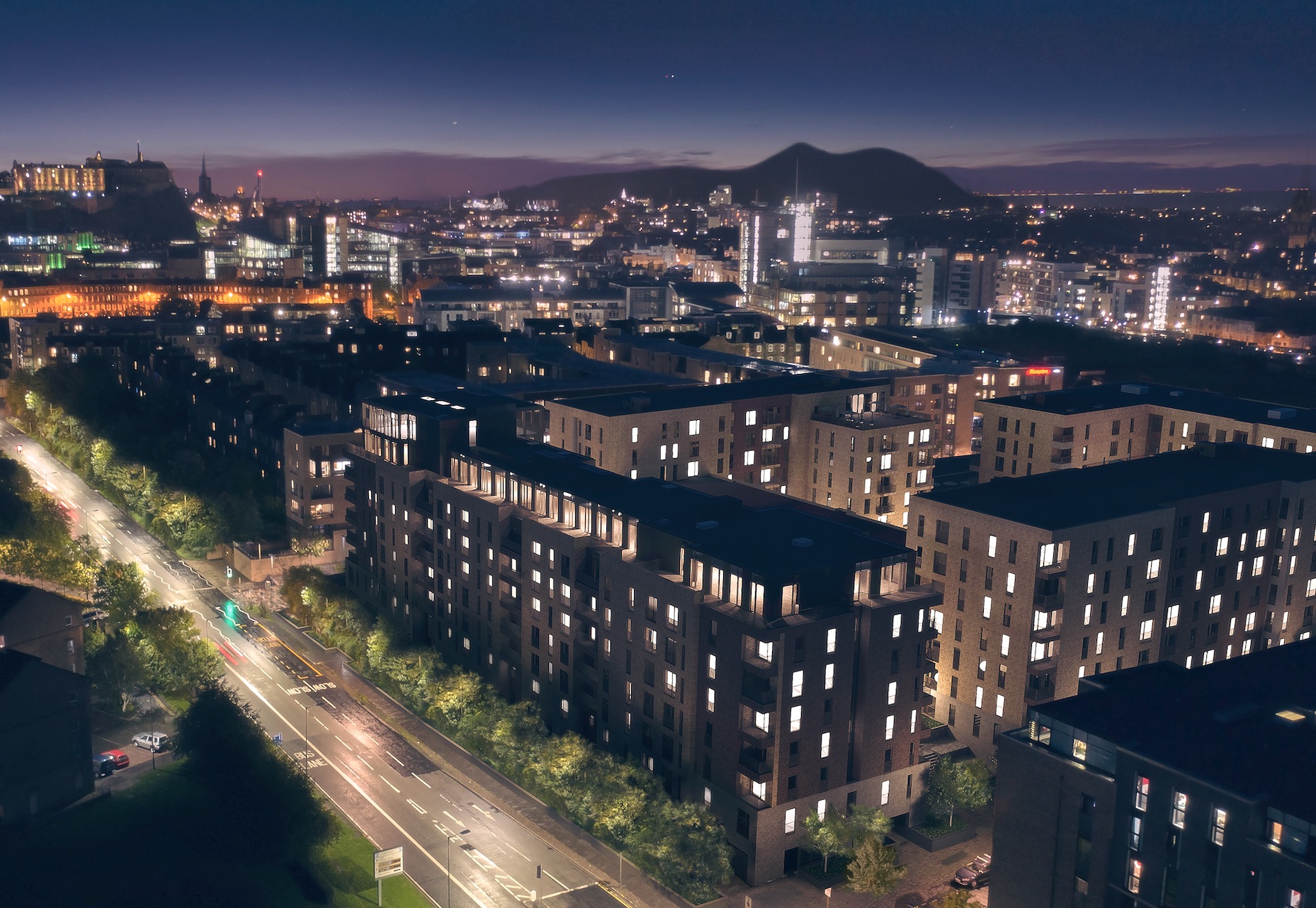 The deal marked one of the largest Scottish property transactions since the Brexit referendum, helping kickstart the local BTR sector. Grosvenor, one of the UK’s oldest property companies, had specifically chosen the JV for their build-to-rent expertise.

Moda aims to be on-site at Springside by the start of next year, creating up to 400 jobs during construction.

Springside is Moda and Apache Capital’s second scheme in Scotland, with the JV having purchased the former Strathclyde Police headquarters in Glasgow in October 2016.

The £122m development will see the complex transformed into 433 rental apartments coupled with generous on-site amenity areas and new commercial space. Demolition works are currently underway, with start on-site due early next year as well.

Tony Brooks, co-founder and managing director at Moda Living, said: “We are committed to delivering this landmark scheme despite the current political climate as it provides much needed high quality rental homes that will help support the city’s long-term growth and further encourage employment and student retention.”

Deal to advance BTR flats at store sites in Bromley, West Ealing and Reading
3 hours ago

New body, Great British Nuclear, will be set up to develop pipeline of nuclear projects
5 days ago