FP McCann has teamed up with Ulster University to test how its precast concrete sandwich panels perform in blazes.

The move follows the continuing controversy and confusion over cladding standards in the wake of the Grenfell disaster.

The FP McCann precast concrete panels containing an internal “sandwich” layer of PIR insulation were subjected to fire tests exposing them to temperatures in excess of 1000°C.

Tests showed “the insulated precast sandwich panels contained the fire while maintaining their structural integrity despite being exposed to multiple fire scenarios.

“Although explosive spalling on the exposed surface of concrete was observed during the tests, this spalling was relatively small and would have required limited remedial work.

“During the tests, the PIR insulation core of the sandwich panels remained encased within the layers of the precast concrete. 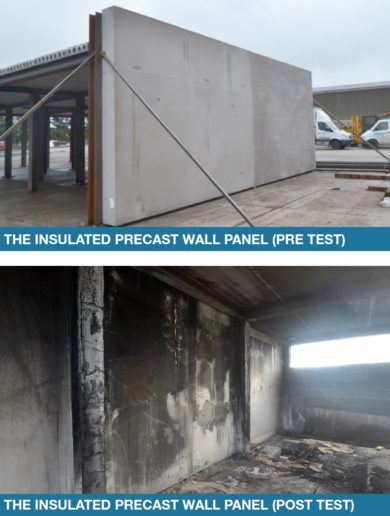 FP McCann is now encouraging other manufacturers to carry-out their own tests.

The company said: “The aim of this research is to ensure the safety of occupants and properties where the insulated precast sandwich panels are used for building and construction purposes.

“FP McCann’s aim is to build a better and a safer future and would encourage other manufacturers to follow a similar testing schedule and incorporate real scenario fire testing.” 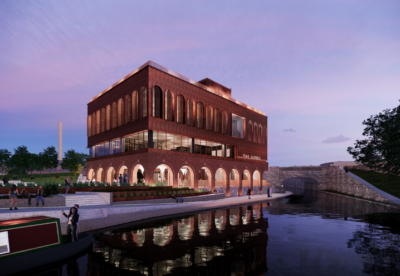 Insolvency Service investigates after contractor goes into liquidation
46 mins ago

Strongest rise in output for nearly five years
2 hours ago

Pandemic to cut margins to 0.5% this year but contractor confident in long term prospects
5 hours ago

Demolition framework for Scottish council and housing associations
20 hours ago