Investigators are particularly concerned about the risks of rectifying the badly-built Royal Liverpool hospital.

An in-depth report into both the Midlands Metropolitan and Royal Liverpool projects blames the disastrous outcomes on Carillion pricing the jobs too low to meet specifications.

On present estimates, both hospitals will cost double the original budgets to build and will complete between three and five years late.

Going forward the report raises concerns about Laing O’Rourke’s remediation and finishing agreement with the local Liverpool NHS Trust because of an absence of contractual incentives to control costs.

At the Midland Metropolitan, the Sandwell Trust has negotiated a ‘target price’ for Balfour Beatty.

The report hopes that prices should not rise on this hospital unless the Trust changes the scope of the project or there are unforeseen problems with Carillion’s work.

Construction of the Royal Liverpool is now expected to cost at least £724m compared with the original £350m budget. This includes the current estimate of £293m for remedial work to the structure and to complete the construction.

The construction of the Midland Metropolitan is now expected to cost at least £663m compared with £350m in the original business case. This includes £315m still to be spent to complete. 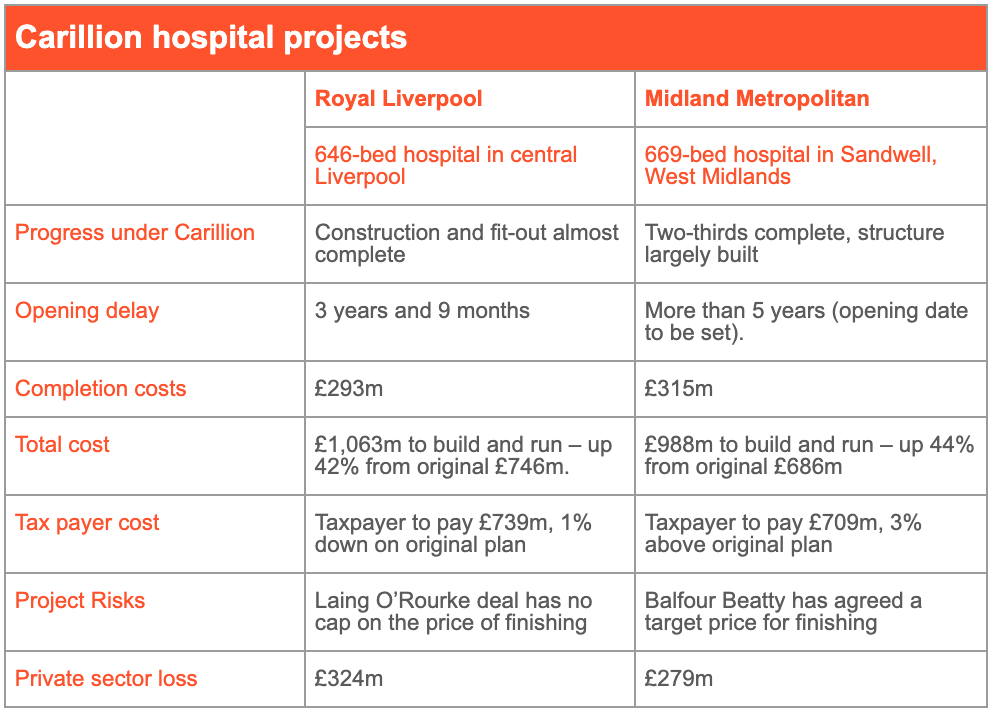 The report reveals the background behind the discovery of cracked concrete beams, first highlighted by the Enquirer in a story on the 13 January 2017.

Carillion investigated while work continued during 2017 and found cracks in three beams.

By December 2017, just before Carillion went into liquidation, the hospital was at a late stage of construction, with interior fit-out almost complete.

Carillion told the Trust that the issues with the beams would be fixed by February 2018 and estimated that the build should be complete by mid-April 2018, 13 months late.

The full extent of the building’s problems then started to be unearthed as Arup surveyed the building.

By October 2018, the number of parts of the structure that required significant rectification had increased to about 100.

This required some interior walls, wiring, piping, and heavy machinery and equipment to be stripped out, mainly across three floors of the hospital.

Costs kept soaring as Arup also discovered large parts of the building’s cladding did not conform to the relevant fire regulations.

The cost of fixing the cladding was first put at £5m.

Further work has since revealed that the cost of fixing the cladding will be about 10 times this initial estimate and that there may also be deficiencies in the internal fire protection and the mechanical, electrical and plumbing systems. 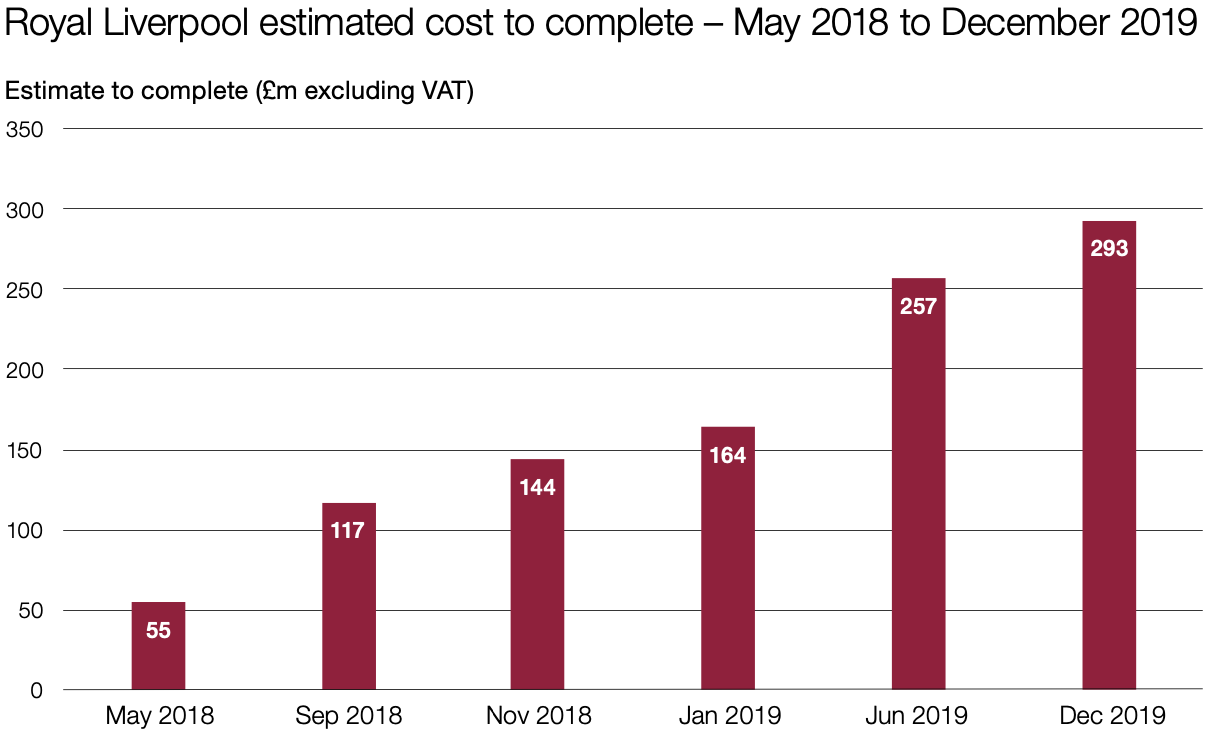 The cost of maintaining both hospitals has also risen due to changes in the market since the PFI contracts were signed, and the delays have also led to cost increases on other projects.

The use of PFI means that the private sector will end up paying most of the cost increase, and the public sector is only expected to pay 1% more in real terms across both projects than was originally expected.