The Soho Wharf project designed by Claridge Architects will comprise 102 two and three-bedroom townhouses and 650 one and two-bedroom flats, some commercial space, new public realm and gardens. 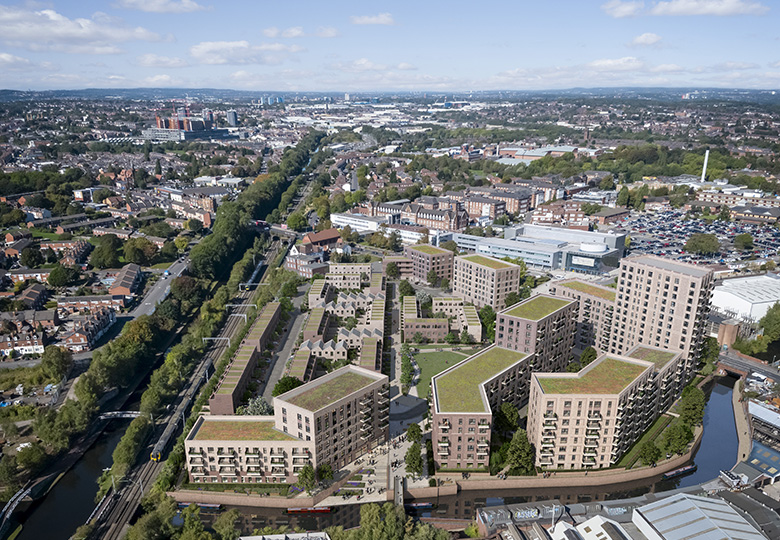 Soho Wharf is located on a 11.7-acre site on Dudley Road bounded by Spring Hill and Western Road, and the Main Line Canal.

Stephen Conway, executive chairman of Galliard Homes, said: “The approved scheme forms part of the Greater Icknield Masterplan, the largest brownfield housing-led redevelopment framework within Birmingham and is therefore strategically important for the long-term regeneration of the area, which is already undergoing major change.

“Soho Wharf is the next big development opportunity and with planning now in place we’re excited to be bringing the project forward and helping the council achieve its ambition of creating more homes and attractive places to live for the people of Birmingham.”