Contractor Graham must now wait to find out whether the Scottish Government will release extra funding for The Baird Family Hospital and Anchor cancer centre.

Enabling works on the two-stage project were carried out last year but the main works were put on hold for an in-depth cost review.

Documents reveal the expected cost of the project has jumped from the original estimate of £163m to £223m.

Around half the £60m rise stems from construction tenders coming in higher than first expected, a further £15m arose from major design improvements, with the balance coming from additional cost planning. 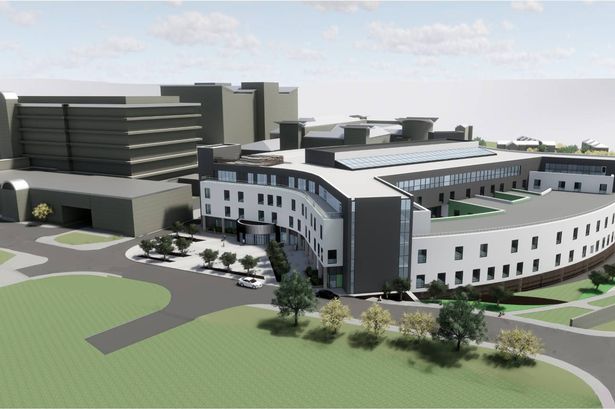 Chris MacLeod, regional director for Graham, said: “We have worked closely with NHS Grampian over the last three years to reach this point in the project, we are delighted that the full business case is now being formally considered for approval.

“We look forward to continuing our partnership with NHS Grampian and delivering exemplar facilities for the patients within the North East region and beyond.”

The project is the latest to be hit by higher costs and delays.

Both Multiplex’s Edinburgh and Glasgow projects have suffered setbacks due to building faults after opening.

The opening of Edinburgh’s £150m children’s hospital has been by more than a year, because of ventilation problems in the critical care facility, which could cost an extra £90m to rectify.

An independent review of the governance of the project by KPMG has found that the main issue with ventilation in critical care stemmed from an error in a document produced by NHS Lothian at the tender stage in 2012.