Appointed contractor Skanska is now expected to start main works at the end of the summer on the £143m contract awarded at the start of the year. 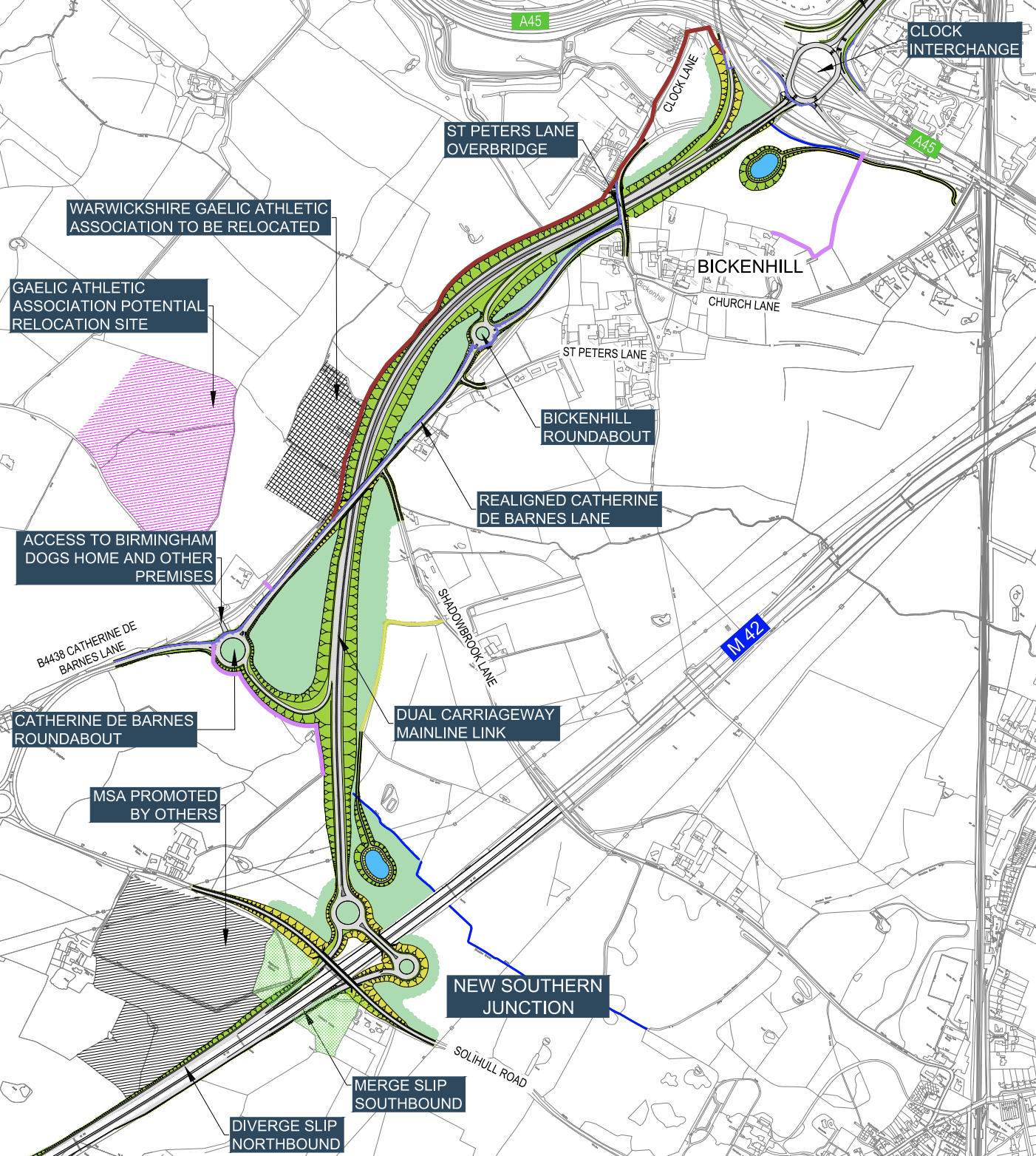 The scheme is designed to increase capacity for local economic expansion, reduce congestion and pave the way for the planned HS2 Birmingham Interchange station in Solihull.

The project, which is expected to open to traffic in 2023, involves building a 1.5 mile new dual carriageway link between the Clock Interchange and a new junction on the M42 north of the Solihull Road

There will also be improvements made to the existing junction 6

Plans also in for over 1,200 homes in several block around the iconic factory buildings
34 mins ago

Design and delivery partner will manage design and construction of £4.5bn next leg to Crewe
1 day ago