Now the council has given Balfour Beatty the go-ahead to set up a site compound and start work on the ground.

The whole scheme is expected to cost £355m, with Balfour Beatty awarded the contract – then worth £75m – six years ago.

The major Highways England project, which is a key scheme in Transport for the North’s strategic transport plan, will see the creation of a new junction by lowering the level of the A63 at the Mytongate junction by 7m. 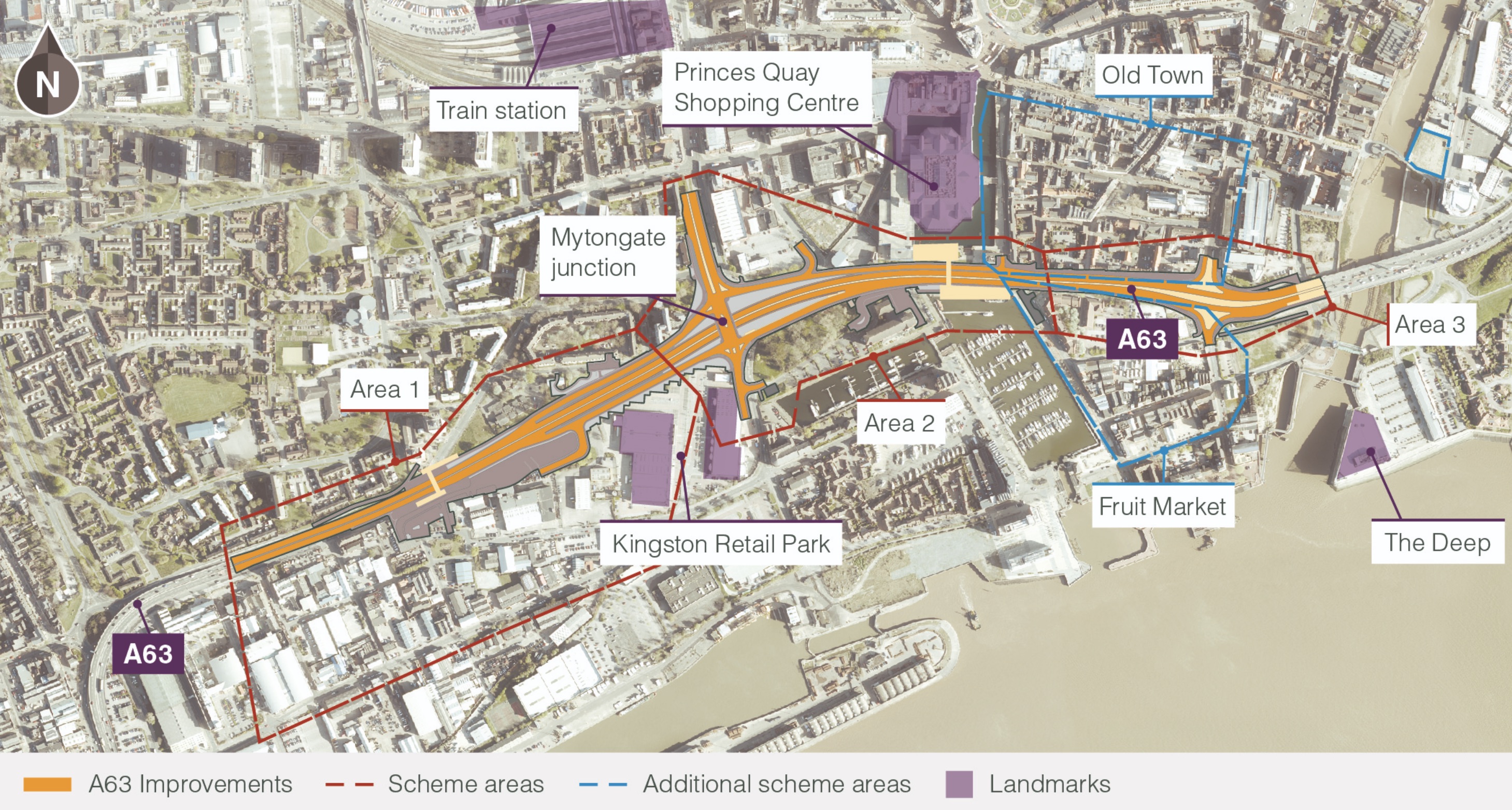 Ferensway and Commercial Road will cross the A63, creating a split-level junction.

The eastbound carriageway between Princes Dock Street and Market Place will be widened to three lanes, and a new bridge built over the A63 at Porter Street.

Highways England senior project manager James Leeming said: “This is fantastic news for Hull. We are delighted that the decision has been signed off, and we can now look forward to delivering improvements that will genuinely transform the city.

“These changes will make life considerably easier for road users and pedestrians. I want to take this opportunity to thank everyone who has supported our plans, and I’m sure they share our delight in hearing the news we’ve been waiting for.”