TBM Selina has been delivered to Tideway’s Chambers Wharf site in Bermondsey, where she will be lifted onto the site before beginning her underground journey toward Abbey Mills Pumping Station later in the year. 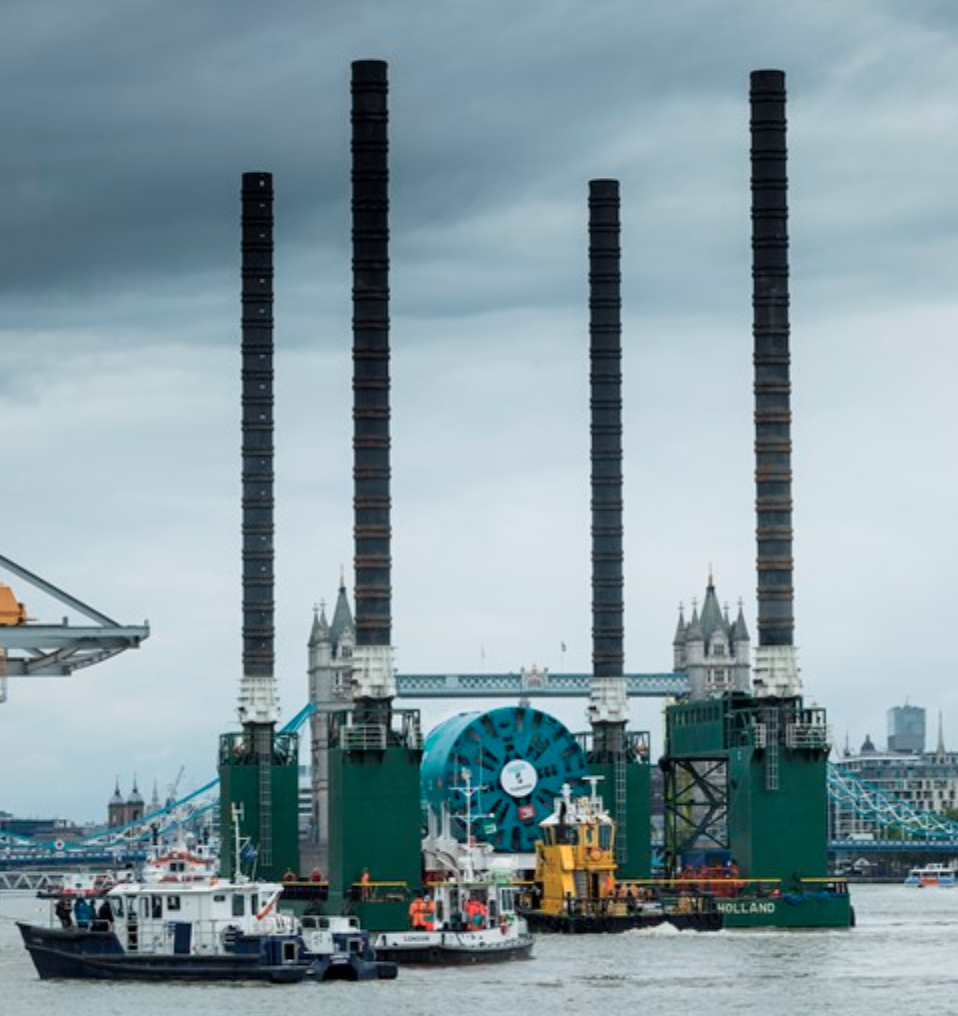 Selina was delivered to Chambers Wharf using a giant vessel called the Skylift 3000. She has travelled over 800km over the water from the port of Kehl in Germany

Half a dozen TBMs are being used to create London’s super sewer  – with two already finished tunnelling.

Selina is the last and will carry out the deepest drive, beginning her journey more than 60m below the ground tunnelling at a slight decline toward the pumping station in east London.

Maurice Gallagher, deputy delivery manager for the eastern section of the project, said: “To welcome Selina to site is a great moment for Tideway – and for London.

“Although there is much work still to be done, her arrival in the capital means we’re on the final stretch – and closer than ever to a cleaner, healthier River Thames.”

Transporting Selina over the water, instead of by road, prevented around 100,000km of road transport.

Selina is named after Dr Selina Fox, who founded the Bermondsey Medical Mission in 1904. The small clinic and eight-bed hospital provided medical and spiritual care to the most vulnerable women and children in the area, and continues to this day as a local charity.

Countesswells new town now in hands of administrators
11 hours ago

Breedon Trading Ltd fined £300,000 after court hears worker was forced to run for cover
17 hours ago