The decision to raise the limit follows trials with contractors on eight motorway schemes. This resulted in more motorists staying within the speed limit and saved on average 3,800 hours of journey time compared with the 50mph limit.

Highways England projects teams and their supply chain partners will now decide what is the most appropriate and safest speed for works on large-scale major projects.

Future roadworks using 60mph will need to consider how the traffic management through the roadworks is designed to factor in the increased limit and keep road workers and the travelling public safe.

This could include installing barriers and crash cushions tested for higher speed limits; ensuring appropriately sized working areas, lane widths, road markings and signage as well as remote-controlled “prism” signs for dynamically changing the speed limit from 50mph to 60mph and back again.

Jim O’Sullivan, Highways England chief executive, said: “We have a huge programme of work planned, so being able to use 60mph where safe will continue to improve everybody’s experience of our roads.” 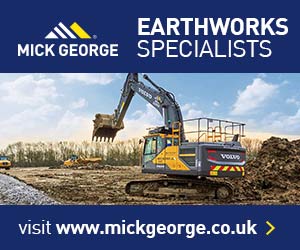 Some road projects, which trialled 60mph during an eight or 10-week period over the last 18 months, were confident with how the increased speed limit was operating so rolled it out further within the roadworks or kept it on until the work completed.

Andy Bannister, programme director at Costain Galliford Try JV in the M1 trial, said: “Supporting Highway England’s trial to run 60mph 24/7 through temporary roadworks involved Costain Galliford Try joint venture working with a number of stakeholders to agree the parameters in which it could be safely operated.

“The changes from the standard operation of 50mph included installing wider lane widths and markings, as well as additional message signs to aid the travelling public and the site work force when entering and exiting the works.

“The temporary barrier system was upgraded to cope with the higher speeds. This needed us to give up working space, which we were able to do safely.”

He added: “Following an initial successful trial period and review we all agreed that the 60mph could be extended both in length and duration. This continues to be monitored to ensure it is operating safely and delivering the benefits to the public.”

Construction to start next year on earth sheltered homes in Battle, East Sussex
20 hours ago

Up to 2,500 workers and 150 students could be using the welfare facility on a daily basis
1 day ago

Countesswells new town now in hands of administrators
5 days ago

Breedon Trading Ltd fined £300,000 after court hears worker was forced to run for cover
5 days ago