Under the £29m contract, Winvic will pour a 79,000m2 concrete terminal slab, install 9km of rail track linking to the existing terminal and the West Coast Mainline, as well as building three complex bridges.

The Winvic design team and its consultants have designed the 30,000m3 concrete terminal slab to withstand the weight of containers stacked four high and loaded to 21 tonnes each.

Winvic will construct a five-track, 800m long siding. It will also install specialist Rail Traverser equipment, which moves trains perpendicularly from one track to the next saving on space. 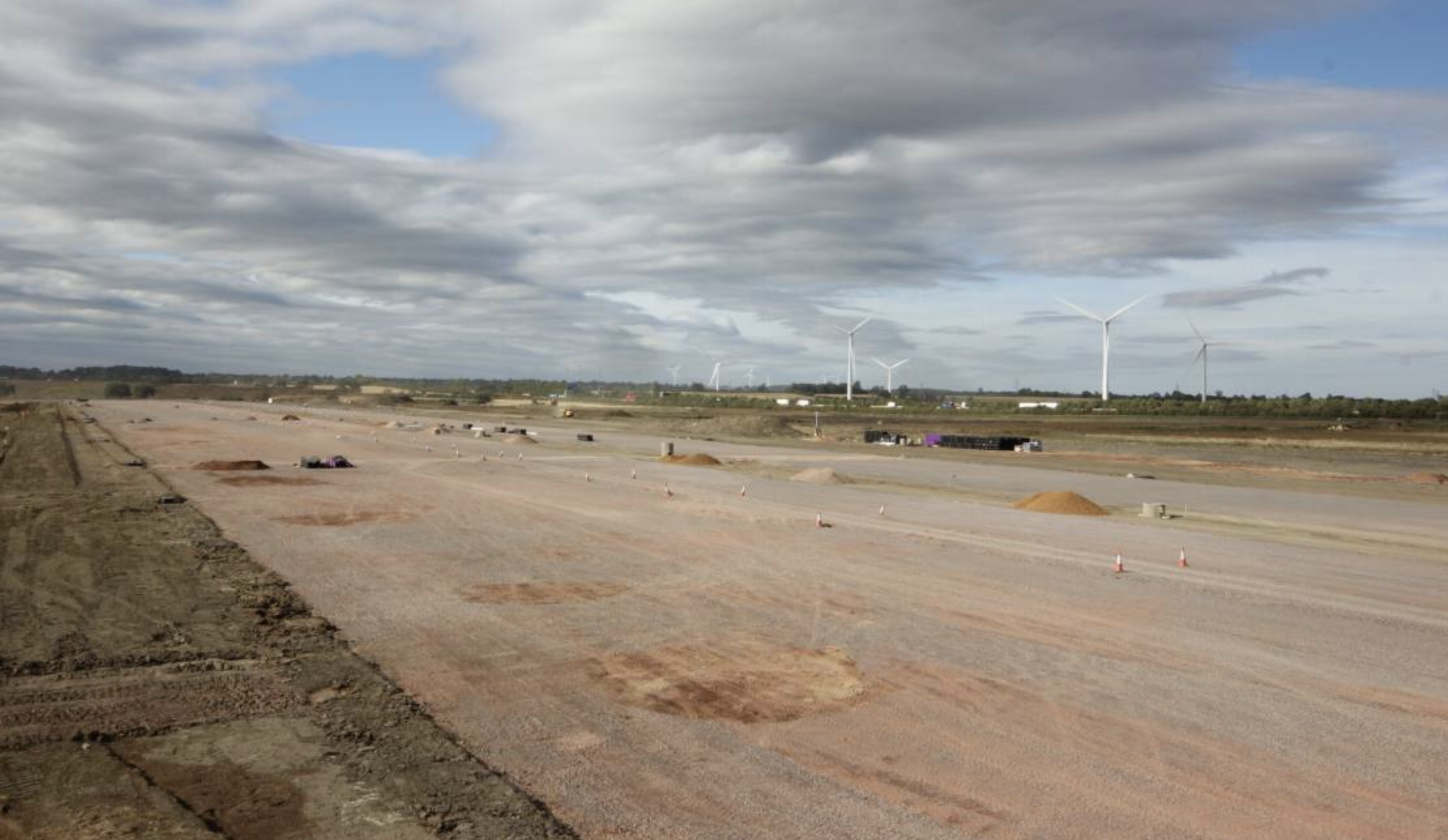 Winvic has just completed earthworks including re-engineering of the plateaux, created four years ago which had suffered weather degradation.

Winvic’s recently appointed Civils and Infrastructure director, Rob Cook, said: “Many elements of the scheme are complex and require specialist knowledge; from the diversion of and care for the local tributary and its wildlife to constructing adjacent to a live and busy highway.

“Winvic has been delivering civils and infrastructure projects for as long as it has been operational, but many works packages have been part of turnkey solutions, enabling industrial, commercial and multi-room developments.”