Under present estimates the quartet of design and build contracts will be worth just over £770m.

Highways procurement chiefs are now calling up interested contractors to register for a virtual supplier event next month, where further details of the planned procurement will be set out.

The final route for the upgrade was agreed in the Spring with Highways England also awarding an Amey/Arup joint venture team the design contract for dualling sections of single carriageway on the 50-mile route between Penrith and Scotch Corner.

The project will include five new bypasses, key junction improvements and an underpass at the congested Kemplay Bank roundabout near Penrith.

To refine its plans, Highways England has started a market engagement process with contractors and is issuing a questionnaire ahead of the virtual supplier event.

Firms wishing to register for both should email Highways England. 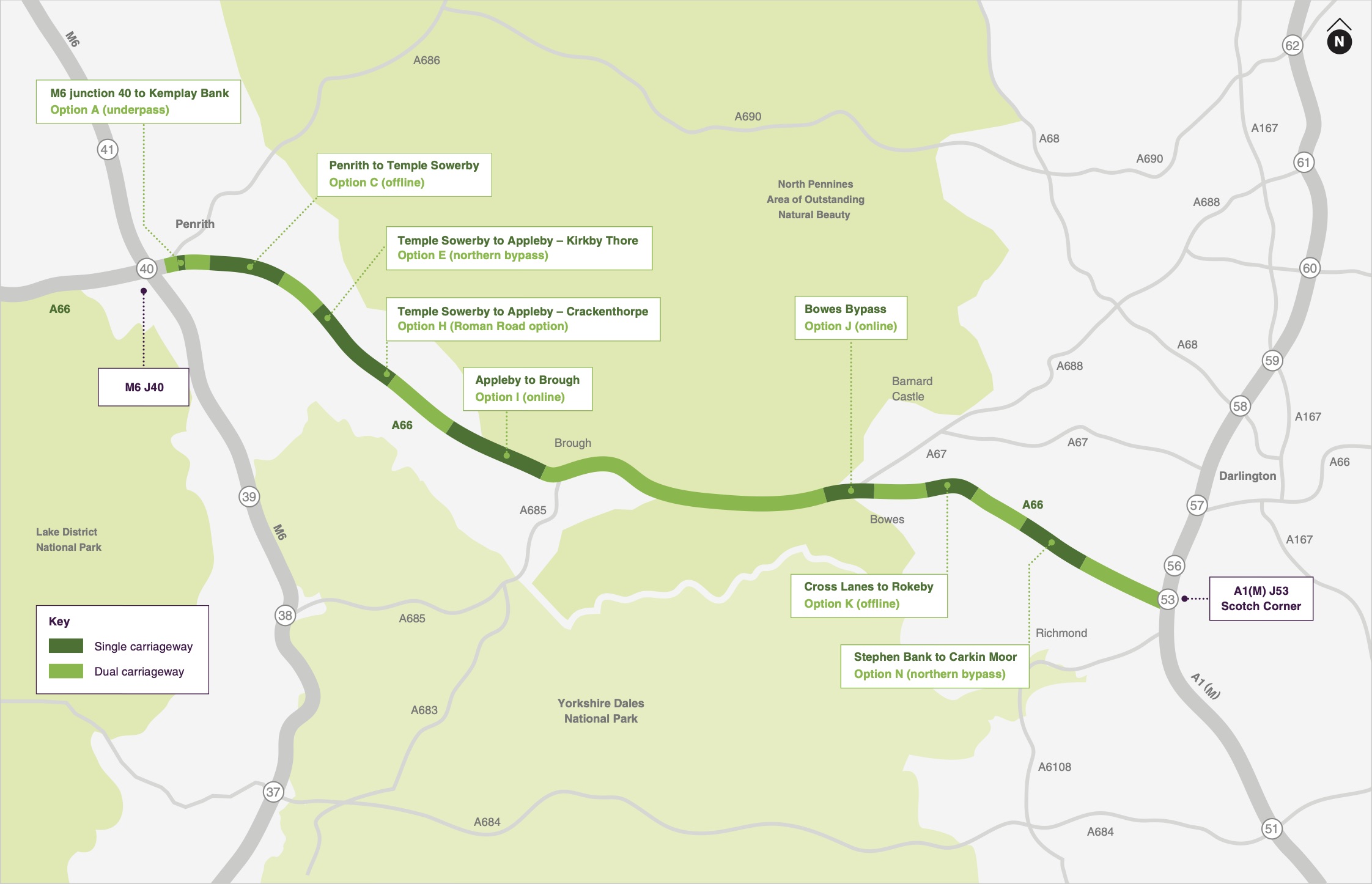 The proposals also include significant improvements to the existing junctions between Barnard Castle and the A66 at Bowes and Rokeby.