Workers from specialist contractor Vac UK sprang into action to save the unlucky serpents when they realised they had been sucked into the giant machines.

Hopes weren’t high of finding the snakes alive after they were hoovered up by the hose which boasts massive suction power.

But after shutting down the machine a brave worker stepped into the container where the the grass snakes were very much alive and well in the spoil container.

The creatures were returned to their natural habitat safely and none the worse for their brush with a vacuum excavator.

Vac UK said: “It turned out they were grass snakes which feed almost exclusively on amphibians and not, thankfully, motorway workers.” 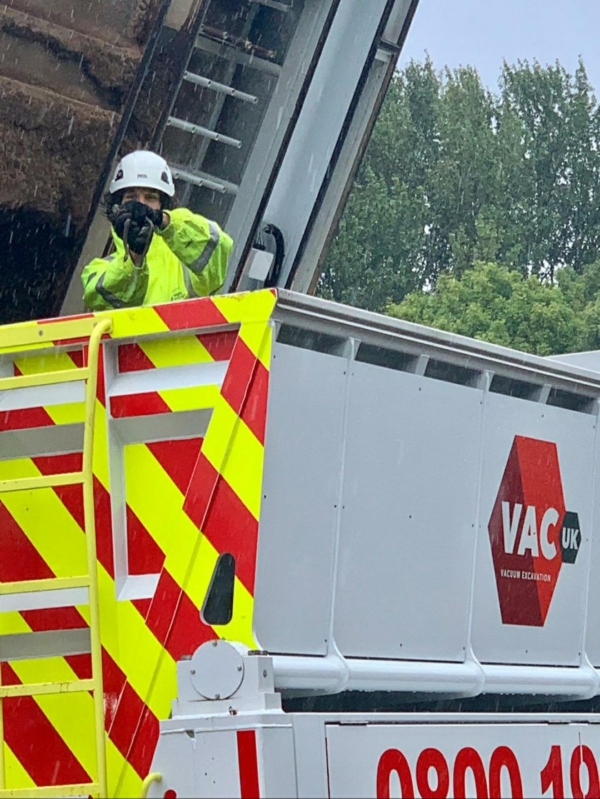 A brave worker with a handful of rescued grass snakes