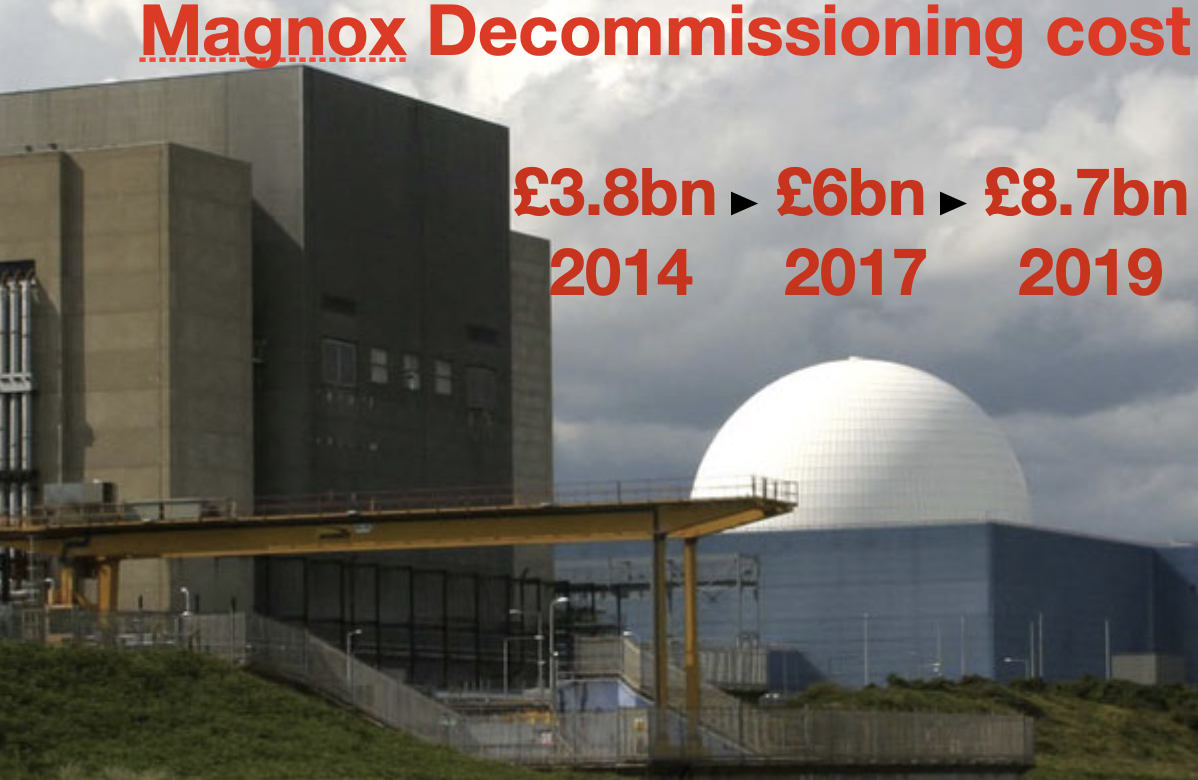 Fresh estimates of the cost of getting all Magnox sites cleared and safely enclosed has increased by £2.7bn to £8.7bn since 2017.

An investigation by the National Audit Office warns that while the Nuclear Decommissioning Authority has made major progress sorting out its delivery procedures, costs are likely to continue to rise as it gets to grips with the scope of work.

The expected cost is now double the original contract price when the initial clean-up deal was signed in 2014 with Cavendish Fluor Partnership to decommission two nuclear research sites and 10 Magnox sites.

Since then the Nuclear Decommissioning Authority terminated the contract more than nine years early following a high court challenge to both the procurement by losing bidder Bechtel and changes in scope of work.

The NAO this morning warned that costs are likely to be subject to further change, largely because of the inherent uncertainties involved in cleaning up the UK’s nuclear sites.

It recommended that the NDA needs to increase its understanding of the condition of sites and the volume and complexity of remaining decommissioning work.

It also said the NDA needed to explore with its subsidiaries how future contracts can better support the timely and effective management of underperformance.

Gareth Davies, the head of the NAO, said: “Since the failure of the original Magnox contract in 2017, the NDA has made progress in a number of areas.

“It renegotiated the contract, avoided further legal disputes and got on with decommissioning the power plants.

“However, the NDA now knows that it will cost significantly more to take the sites to the care and maintenance stage of the decommissioning process, though there remains inherent uncertainty about the final cost.

“It still needs to ensure it has a solid understanding of the condition of each Magnox site and the costs of cleaning them up.”

Firms with a track record of poor delivery, fraud or corruption will be blocked from winning public contracts
13 hours ago

Balfour, Graham and Wills Bros in chase for 9.6km Tomatin to Moy dualling
5 days ago