The new airbag will used in the Midlands in a bid to reduce the number of motorists that mistakenly drive into work areas putting the drivers and road workers at risk.

Large, bright and very visible, the airbag can be inflated in under 10 minutes.

The inflatable barrier is in addition to cones and signs, adding another layer to the traditional traffic management to influence drivers’ behaviour and prevent vehicle incursions.

The contractor will initially use the barrier on a slip road at the A45/A46 Stivichall interchange in Coventry during roadworks later this month. 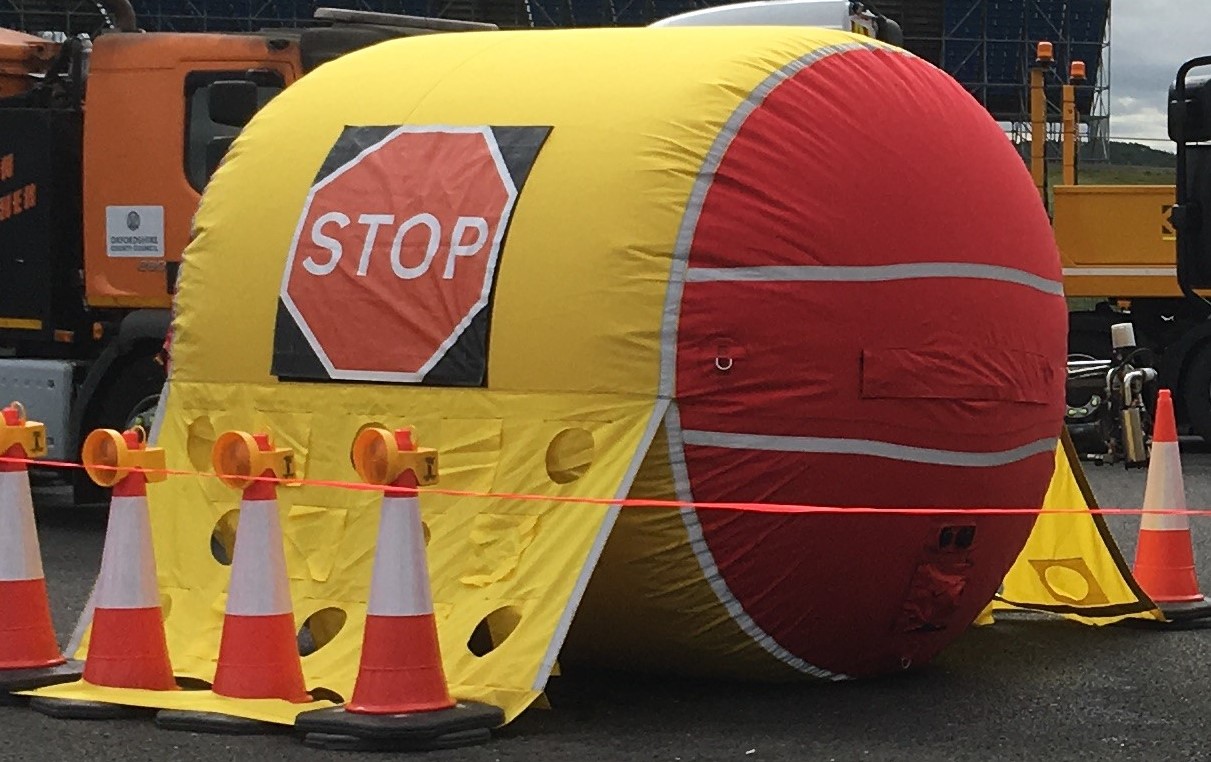 Kier Highways Senior Project Manager, Mark Sheppard, said: “The Vehicle Incursion Airbag project will give us a great opportunity to trial something a little bit different, to supplement the standard approach to road worker protection measures.

“Traffic management incursions are all too common, so the chance to take a different tack to help influence the decisions made by some road users is worth exploring.

“Hopefully, it’ll help towards making the network a safer place for drivers and our workforce.”

“It is a far too frequent hazard for our workforce going about their daily job – and the consequences could be fatal.”