Pocklington-based Construction Automation has put its robotic block and bricklayer to work after creating the first machine of its type to build around corners without stopping.

Its Automatic Brick Laying Robot (ABLR) has been four years in the making and has moved from factory testing to building its first home.

Once completed a farm manager will move into the three-bedroom single plot house in Everingham, Yorkshire.

In a world-first, the robot will lay all the bricks, blocks, and mortar while running on a track around the foundations.

Construction Automation was formed in May 2016 by entrepreneurs David Longbottom and Stuart Parkes.

“The house will contain around 10,000 bricks and will take the ABLR about two weeks to build, said Longbottom.

“It is the first house in the UK to be built by a robot, and possibly the first in the world.

“The ABLR comprises of the robot and a sophisticated software control system that reads digitised versions of architect’s plans.

“This instructs the robot exactly where to lay the blocks, bricks and mortar.” 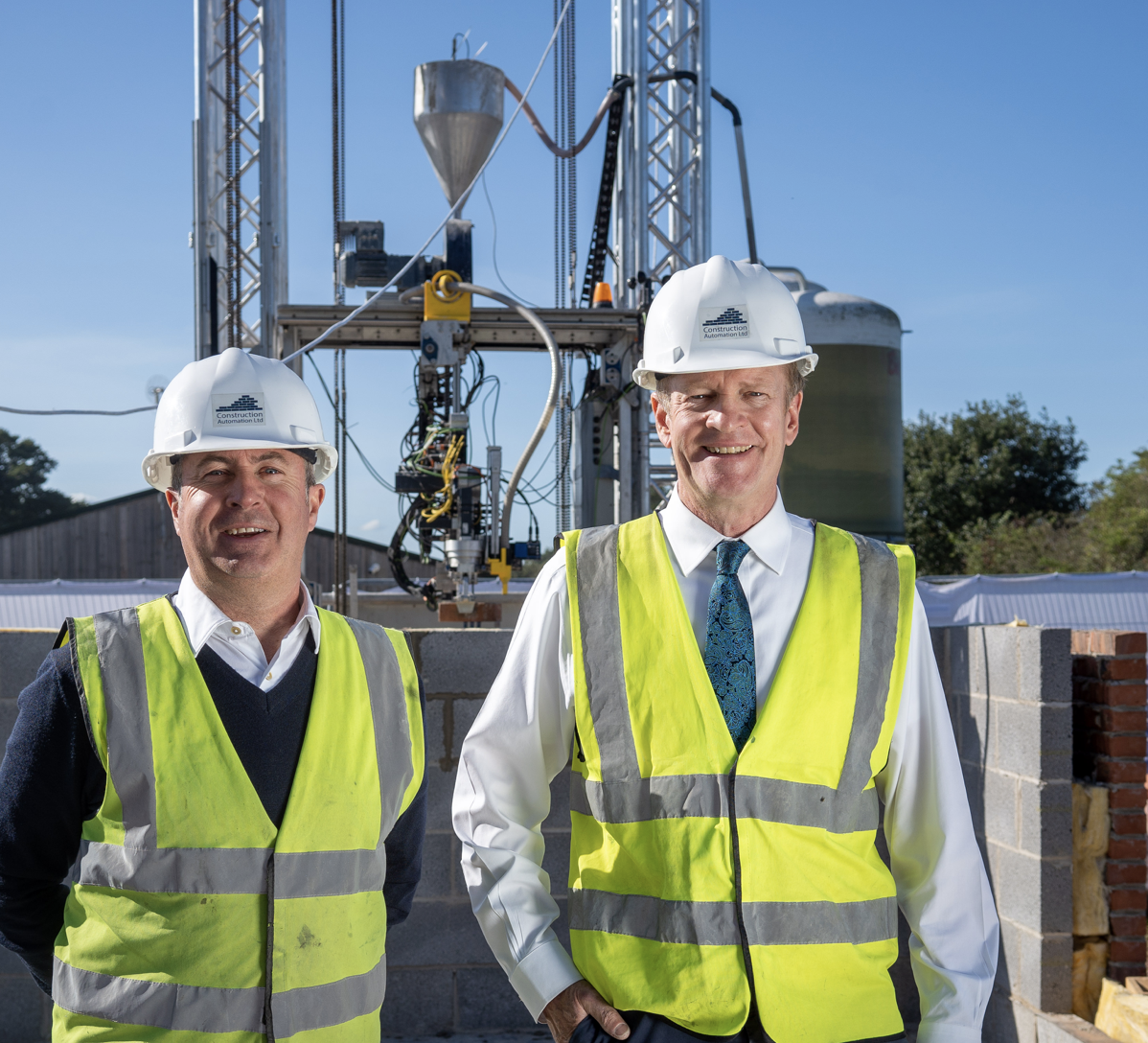 Parkes, whose background also includes designing robots to lay subsea fibre optic cables, said being able to pump mortar at the volume needed to build a house was a particularly difficult problem to overcome.

He said: “In the end, the only solution was to design our own pump. That took a lot of testing and re-engineering until we got it right and it worked consistently, but by persevering, we have got there.”

Although the ABLR is almost market-ready, the partners are already working on further innovations including another robot that has the ability to place tiles.

The robot is controlled from a tablet and all the data about a specific build can be accessed remotely, making it very easy to assess progress on site at any time.

The job still requires just two people to work on each house – a labourer to load bricks and mortar into the robot and a skilled person to install tie bars, damp courses, and lintels, and to do the pointing.

The control system sends out alerts when these important jobs need doing, and then takes a photograph of the completed task to form a complete digital record of the key quality criteria.

Sensors measure each individual brick and then to line it up, so it is precisely central on the wall. The sensors also align the edge of each brick to produce a perfect finish. 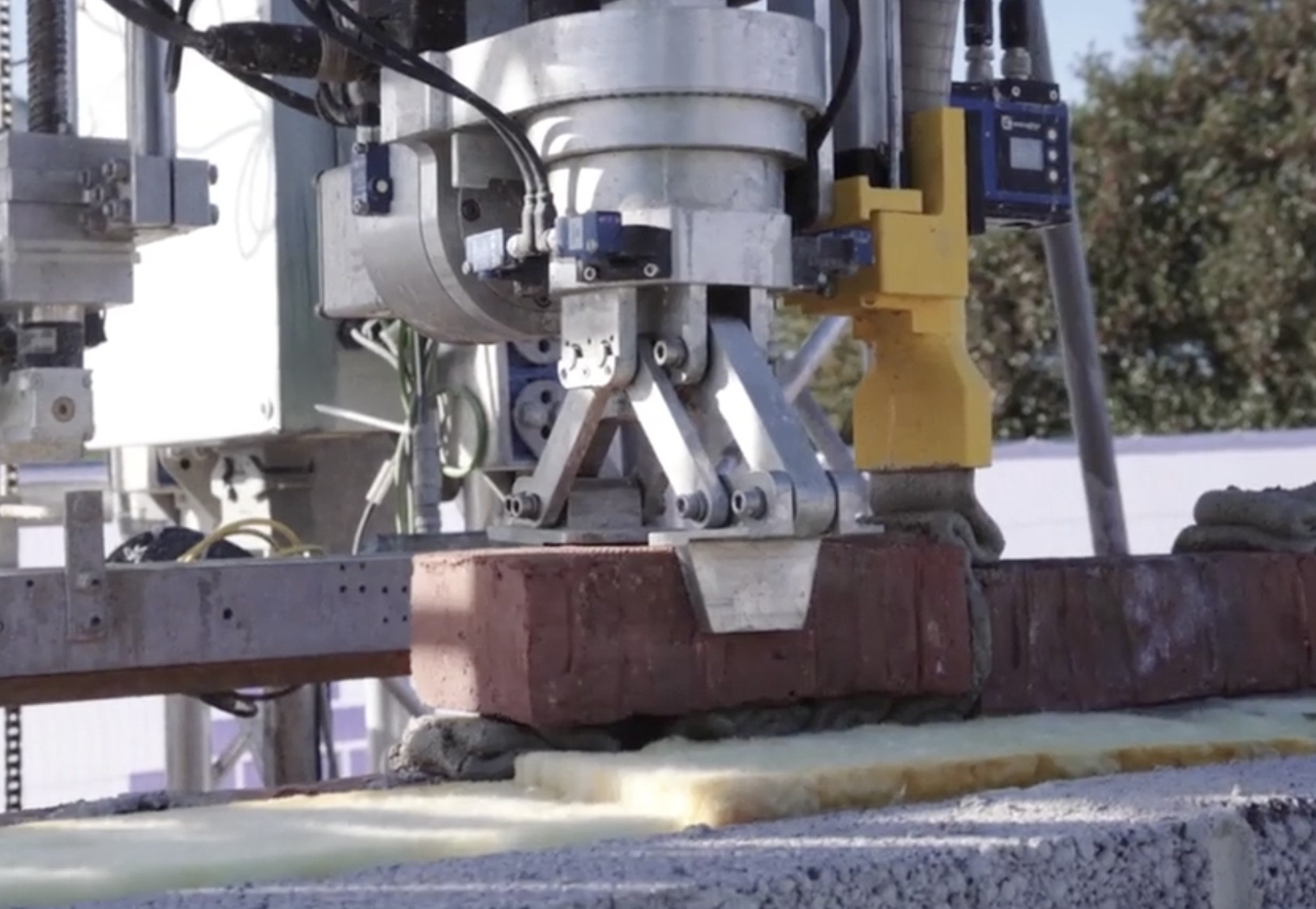 The robotic laying arm sits on a nine-metre high vertical lift frame, removing the need for scaffolding and for people to work at height.

With the in-built vertical lift, the machine can build easily to the height of a standard two-storey house, so it is much safer than building in the traditional way.

Construction Automation has already secured patent in the USA on the technology, and a European and UK patent is expected to follow shortly.

David added that once the ABLR had completed this house, the company would be ready to go into full production.