The SMR consortium, which includes BAM and Laing O’Rourke, estimates that if Government backs the plan it would create 6,000 regional jobs within the next five years alone.

The Government is understood to be preparing to commit £200m to the consortium as part of its forthcoming green economic recovery spending plan.

The mini nuclear power stations will help secure the UK’s net zero commitments affordably, said Rolls Royce.  It would also revitalise the country’s regional industrial base and position the UK to secure exports of at least £250bn.

The engineering giant said that up to 80% of the power station components would be made in factories in the Midlands and North of England, before being transported to existing nuclear sites around the country for rapid assembly inside weatherproof canopies. 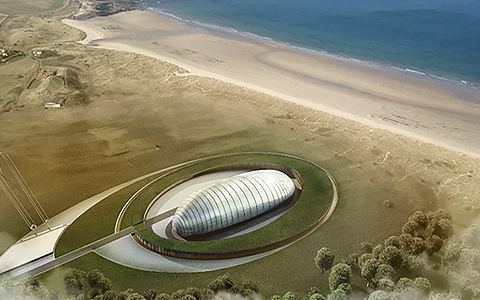 Ultimately, SMR plans to build the fleet of 16 small modular reactor (SMR) power stations over the next 20 years.

“By creating a factory-built power station that rolls off the assembly line we have radically reduced many construction risks associated with new nuclear power stations; and by using proven nuclear technology alongside standardised and simplified components, we make it much more cheaply.

“Our consortium combines decades of nuclear experience and pioneering world-class manufacturing expertise. We represent the strength that UK industry has to offer in our fight against climate change.”