Since the building was completed in 2003 as many as 20 aluminium discs have fallen from it.

Once this has taken place, the building will be re-painted in the original eye-catching Yves Klein Blue before the disks are re-attached.

Since the building’s original construction there have been major advances both in construction and building standards as well as insulation.

The renovation works and insulation upgrade will deliver an improvement in U Values, making the building more energy efficient to run while improving its carbon footprint. 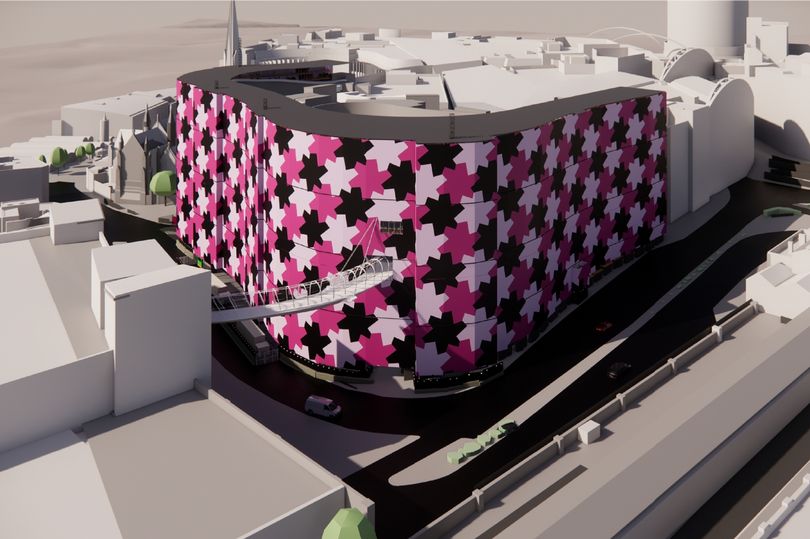 During the work, the building will be wrapped in a striking “Dogtooth Flower” patterned hoarding created by Birmingham-born fashion designer and artist Osman Yousefzada.

The store will remain open throughout and trade as normal, with work due to complete in 2022.

Dave Ellis, Director of BAM Construction in the Midlands, said: “This is an iconic building that everybody recognises, with an iconic brand behind it. BAM is going to restore it to its original best.

“Modern point cloud techniques have allowed us to work more efficiently on the details of these 16,000 disks.

“Given the need to erect extensive scaffolding around this very central building, we are working at night to minimise any impact at ground level during the day.”