A simmering row between the board and major US shareholder Brown West, which owns a 9.4% stake, went public this morning after the lacklustre performance.

Browning West founder and chief investment officer Usman Nabi had been calling for the business to be spilt into two parts to allow the Partnership business to thrive.

This morning Countryside revealed that over the year to September, completions dropped by 29% to around 4,000 units, depressing revenue by a similar percentage to £988m.

Iain McPherson, group chief executive, revealed this morning that the board had appointed Rothschild to advise on the separation of the house building business from the Partnerships arm now seen as the crown jewels of the group.

He said: “Since July, we have been accelerating the growth plans as we progress towards our goal of delivering 10,000 homes in our Partnerships division.

“As more capital is allocated to Partnerships we are reorganising the business to facilitate a future separation of the house building division to optimise long-term shareholder value.

“We are on track to deliver sector leading volume growth and high returns in Partnerships.

“We have signed a number of significant new framework agreements, our expansion into new regions is progressing well and our second modular factory is underway, all of which underpins our confidence in delivering mixed-tenure homes across the country.

“Our record forward order book, growing geographical footprint and strong balance sheet, provides a significant platform for our next phase of growth.”

Yesterday shareholder Browning West went public with its concerns that house building was draining the Partnership of vital capital needed to deliver its full growth potential.

Nabi said: “We strongly believe that partnerships can deliver tremendous value to its shareholders, employees, and customers,” he said in a letter to directors.

“We do not think it is unreasonable to suggest that a stand-alone Partnerships business could deliver nearly a ten-fold return for shareholders over the next ten years.”

“However, shareholders must insist on excellence from the board, and the board must act now to implement our plan, which we believe will place Countryside on a far stronger trajectory than the status quo.”

Nabi is seeking a position on the board to help to find a new chairman, after Countryside also revealed that David Howell, non-executive chairman, had informed the board of his intention to step down during 2021.

In a response to a letter from Browning West, Countryside’s non-executive directors confirmed that the board has appointed Rothschild & Co to advise on the ‘best time and process to realise best value from the separation of house building from the group”.

In the letter, the directors expressed dismay that Nabi had decided to go public setting up a website highlighting his call for a strategic rethink at the housing business.

“We regret that you choose to launch a public campaign against Countryside and its board rather than continue to engage with us in a constructive dialogue.

“It is clear that had you waited for one more day until it was appropriate to share these latest developments with you and other shareholders at the same time, you would have seen that out board has put in motion many of the very things that you have recently raised.” 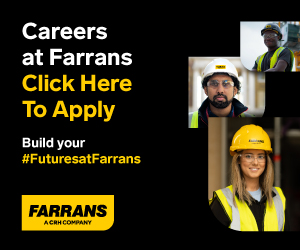