At 40,000 sq ft, the living wall at the proposed Citicape House will be incorporated into the facade of the 11-storey building and will easily be the largest in Europe, almost double in size to its next closest competitor the National Grid Headquarters.

Architect Sheppard Robson has designed the 5-star hotel which will replace the existing 1960s building at 61-65 Holborn Viaduct in the city.

Developer Dominvs Group has been in talks with McAleer & Rushe about the construction plan. This will involve oversailing two existing Network Rail tunnels in the basement of the building using a mix of both in situ concrete and steelwork. 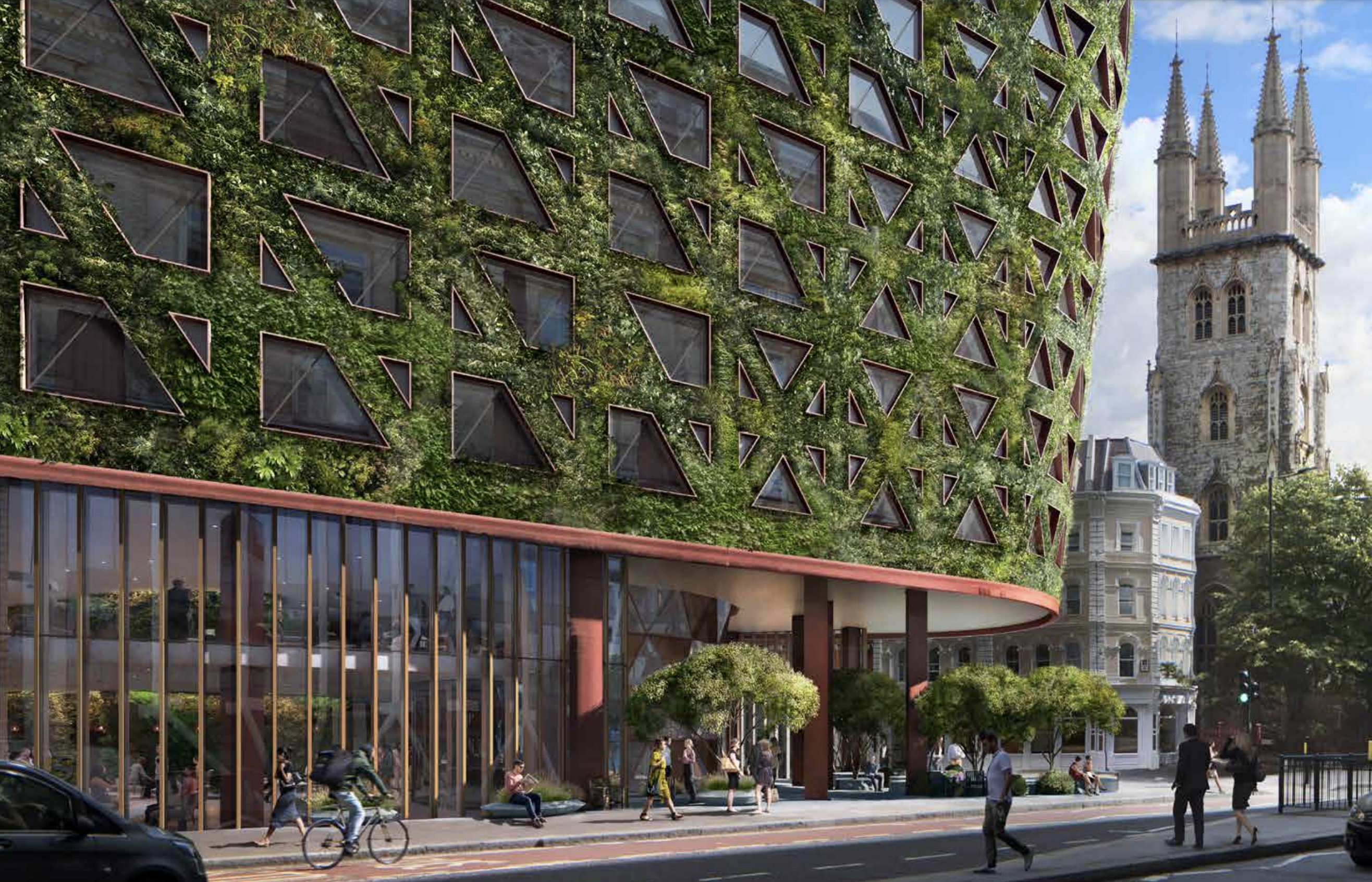 Jay Ahluwalia, Dominvs group director, said: “Dominvs Group is incredibly proud of our proposals for 61-65 Holborn Viaduct which aim to play a major role in the regeneration of the Smithfield area.

“With the City of London’s vision for the area and the creation of the Culture Mile, we feel this project will support and enhance the overall ambition for this exciting, new cultural destination as the creative heart of the Square Mile.”

The development will also include a roof-top viewing gallery on the 11th floor, which will have views overlooking St Paul’s Cathedral and the Grade I-listed St Sepulchre’s Church. 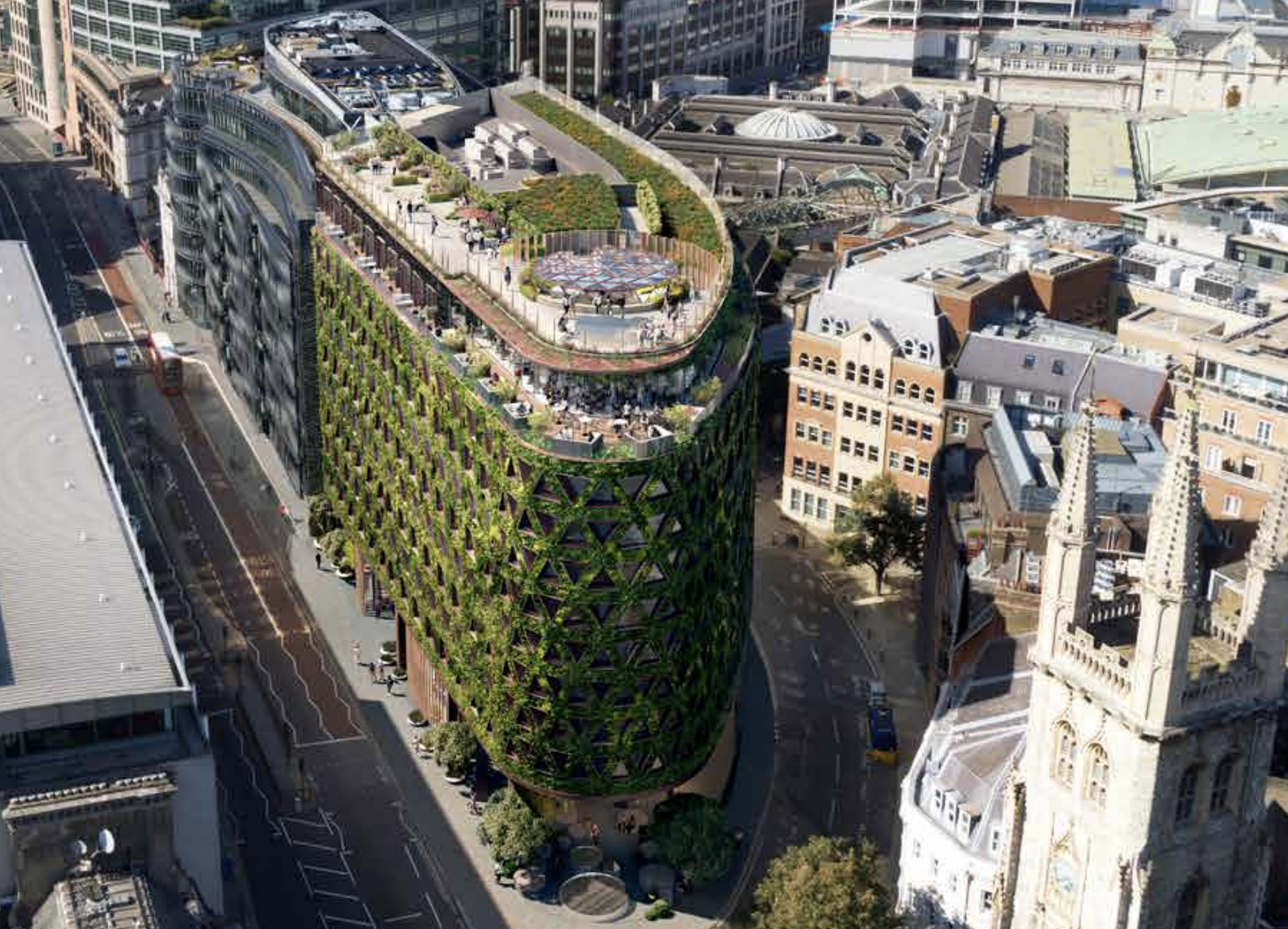 With an Urban Greening Factor of 1.37, Citicape House exceeds the City mandate of 0.3 by over 45 times and will set the standard for greening for future City developments.