The deal has enabled Peabody housing association to acquire the 45-acre site with plans to create a new neighbourhood.

Peabody is working with Barking and Dagenham Council, BeFirst and City Hall alongside PRP as the site’s masterplanner.

An extensive four-year ground remediation project to prepare the land for housing has seen current owners Europa Capital extract more than 322,000 tonnes of material from the site.

Construction on the site will start by March 2023, with the aim of completing by March 2028.

The Mayor of London, Sadiq Khan said: “Dagenham Docks is one of the most exciting areas of regeneration in London, with this former powerhouse of East End industry set to be comprehensively transformed over the next decade.

“I’m pleased to be continuing City Hall’s partnership with Peabody to build the genuinely affordable homes Londoners deserve. I’m confident that their expertise, alongside the vision and drive of Barking and Dagenham council will deliver a thriving new neighbourhood for east London, whilst paying tribute to the area’s unique heritage.” 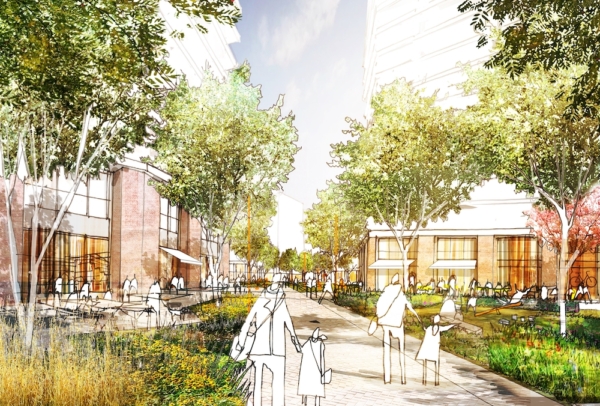 Development joint venture will see at least 2,800 homes built across the county
11 hours ago