The opportunity for simultaneous pipejacking was spotted by the Barhale team as part of the design phase for the works for the wider North London Heat & Power Project in Edmonton. 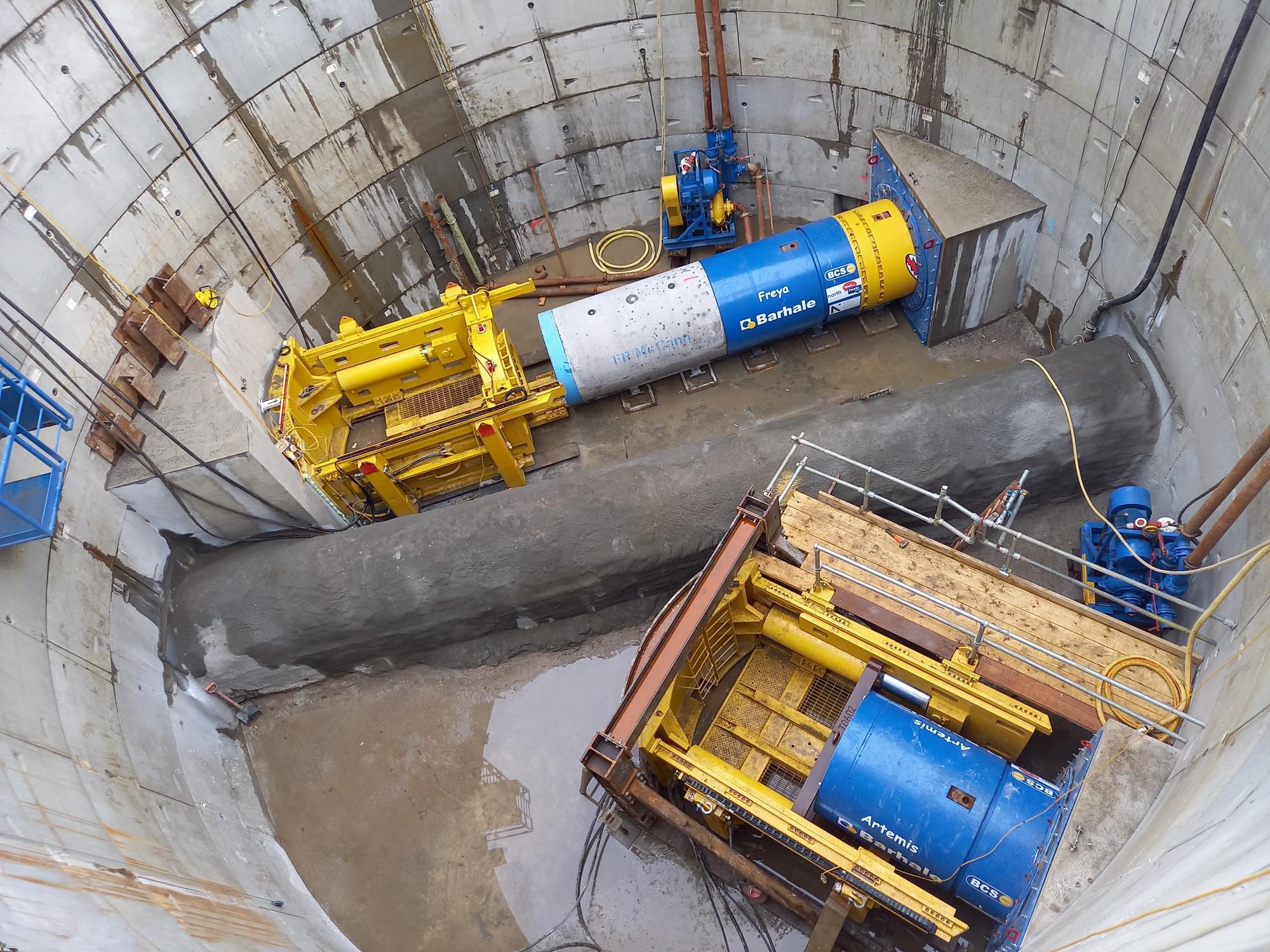 Contracts Manager Jaimie Lawson said: “It is a point of principle for us that we scrutinise every job to try to find economies and efficiencies both in the design phase and also throughout construction.Reducing overall programme time is a key focus.

“This is a hugely important project for the capital and one which is very much in the public’s eye so we are pleased to have been able to find ways of not only accelerating our programme but also adding value and minimising any potential disruption to the community and reducing environmental impact.

“Carrying out both pipejacks in unison will allow subsequent contractors to access the site earlier and help to ensure that this key phase of the project is brought in ahead of schedule.

“It builds on our earlier design solution of relocating one of the reception shafts to help decongest the site, generating a significant programme saving for the client.”

Terry Brandon, Senior Project Manager for North London Waste Authority said: “This is an ambitious project with tight build parameters so we are keen to embrace all ideas and approaches which can accelerate the programme.”

The new energy recovery facility at the Edmonton EcoPark is being built on behalf of North London Waste Authority, will deal with up to 700,000 tonnes of waste from the seven north London boroughs per year. It will generate around 70 megawatts of electricity – enough to power around 127,000 homes.