One Eastside will see 667 flats constructed near to the new HS2 station on Curzon Street as part of a build-to-rent-led mixed-use scheme across two buildings.

The buildings, which include a 16 storey block, will boast residential gardens and courtyard spaces, as well as a gym, cinema and sky lounge.

Designed by Glancy Nicholls, the proposals, which were originally approved in 2019, were resubmitted as a new application following further engagement with local stakeholders.

Alex Neale, managing director of Court Collaboration, said: “We’re delighted with the committee’s approval and will now begin planning a start on site date for this truly exciting and rightly-ambitious development.

“The team have worked tirelessly to overcome a number of challenges since we first announced our proposals for One Eastside and we know there will be more to come following this latest milestone.” 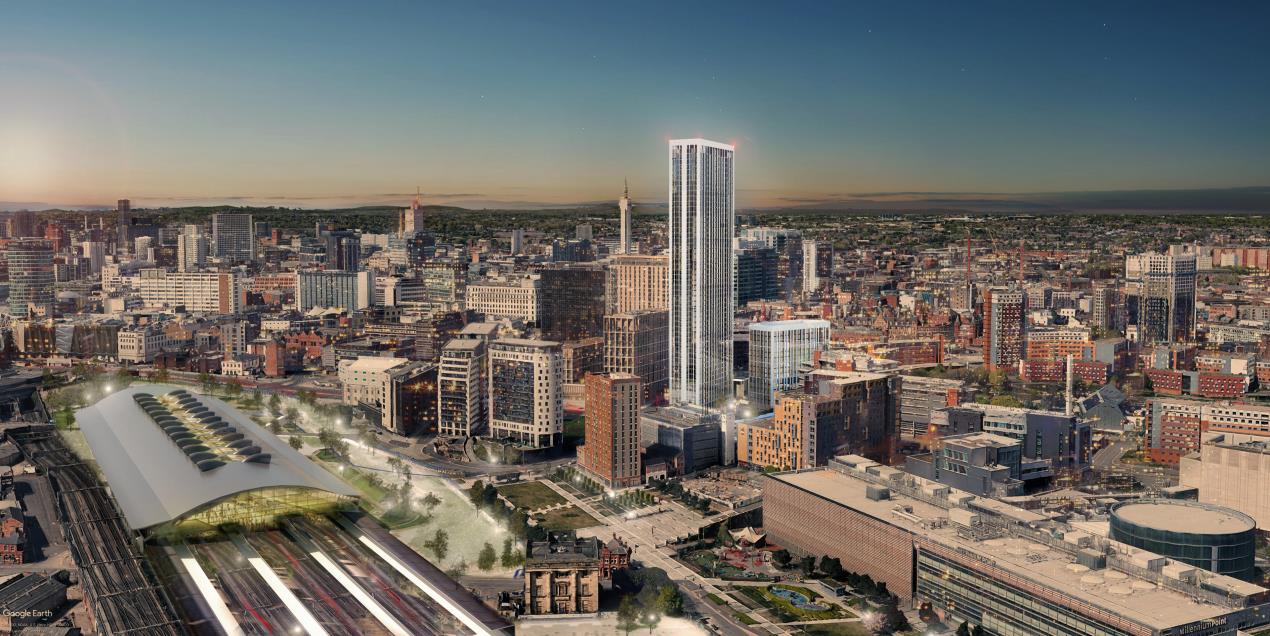 One Eastside in Birmingham skyline