It has also revealed it is in early-stage talks with developers for a further half a dozen projects over 75m tall, claiming it reveals post-pandemic long-term confidence in the City high-rise office.

The fresh images capture the major developments that the City Corporation’s Planning and Transportation Committee has resolved to grant planning for over the past 12 months.

The majority of the tall buildings fall within the ‘City Cluster’ area, located in the eastern corner of the Square Mile, which is already home to some of the capital’s most iconic skyscrapers.

The City Cluster is set to grow to close the gap between the ‘Walkie-Talkie’ and the main group of towers, while introducing more animated ground floor spaces. 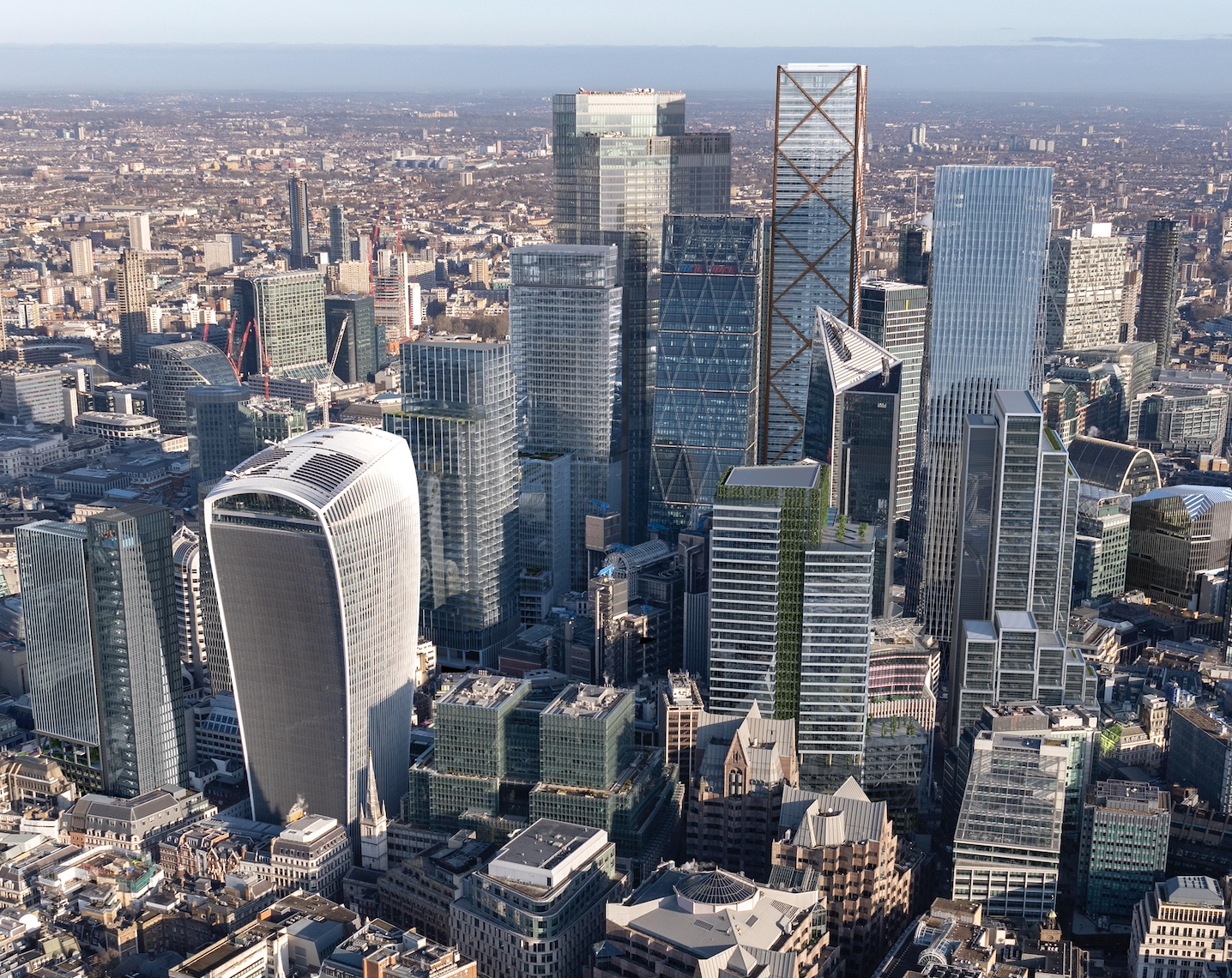 Changes will also include pedestrian priority areas, a push for off-site consolidation and the re-timing of freight and deliveries outside of peak hours.

Chair of the Planning and Transportation Committee at the City of London Corporation, Alastair Moss, said: “These new CGI images clearly illustrate that the City office is here to stay, and the future of the Square Mile remains bright.

“The support shown from developers and investors who remain committed to providing world-leading office space in the City of London has been phenomenal.

“These developers have embraced trends – such as flexible workspace, world-class additions to the public realm and including an array of wellness practices such as greening – to ensure office buildings in the City remain fit for the future.

“We have every confidence in a thriving and sustainable Square Mile, and these new images give a glimpse into the next chapter of the City of London.”

The City of London Corporation’s planning team continues to work closely with developers who are refining schemes, which are currently at a pre-application stage.

There are currently six further pre-applications of over 75m in height being discussed.