The 2,000-tonne machine known as Florence is the first of 10 that will dig 64 miles of tunnels between London and the West Midlands.

Named after nursing pioneer Florence Nightingale, the TBM will dig the first of a pair of 10-mile long tunnels under the Chiltern hills and help to safeguard the woodland and wildlife habitats above ground.

A second machine ‘Cecilia’, named after pioneering astrophysicist Cecilia Payne-Gaposchkin, will launch next month to excavate the second tunnel at the South Portal site.

HS2 Chief Executive Mark Thurston said: “The launch of our first tunnelling machine is a major moment of progress for the HS2 project as we work to deliver a high-speed railway that will offer low-carbon alternatives for long distance journeys across the UK.

“With more than 16,000 jobs already supported by the project and thousands of companies big and small benefiting from contracts, HS2 is providing a major boost to the economy in these difficult times.

“The start of tunnelling is a moment of genuine excitement for everyone involved, and I hope the entire country will get behind this truly transformative project.”

More than 16,000 jobs and over 500 apprenticeships are already being supported by the project. 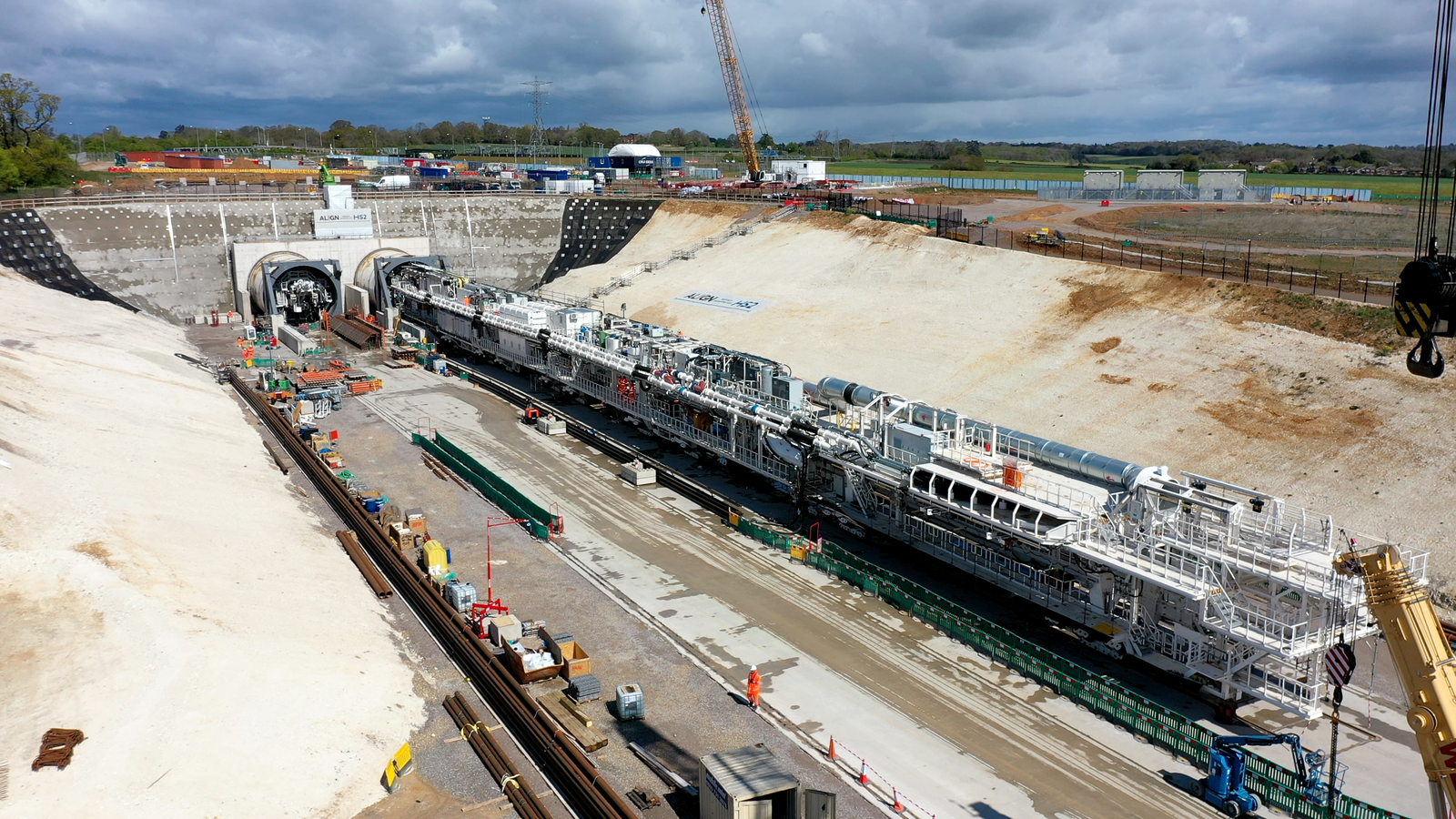 A crew of 17 people will operate each TBM, working in shifts to keep the machines running 24/7. They will be supported by over 100 people on the surface, managing the logistics and maintaining the smooth progress of the tunnelling operation.

Designed specifically for the mix of chalk and flints under the Chilterns, the two identical TBMs will dig separate tunnels for north and southbound trains.

Each machine will travel at a speed of around 15 meters a day, digging and installing 56,000 precision engineered, fibre-reinforced segments, all being made on site.

The two TBMs will launch more than a month apart, but geological data fed back from Florence is expected to allow Cecilia to run slightly faster, meaning that they both break through at about the same time.

Chalk excavated from the tunnels will be used for landscaping at the south portal site once construction is complete, creating wildlife-rich chalk grassland habitats across 127 hectares of the southern Chiltern hills.

Align Project Director, Daniel Altier, said: “The TBMs include a number of innovations to improve efficiency and the safety of the environment in which the crew will be working, that have never before been introduced on any previous TBMs, worldwide.

Align is recruiting 1,200 personnel in total, including 100 apprentices, to work on the Central 1 Area of HS2 Phase One that it is delivering.

Align is targeting recruitment and investment in upskilling local people who are currently unemployed, with a particular focus on women, the under 25s and those with disabilities.