The 6.6-acre gasworks new town will create a new centre of gravity for central Manchester with nine separate buildings ranging from 8 to 34 storeys in height.

Designed by architect AHR, the scheme will be built in four phases with construction set to begin this summer, while the tallest residential tower is expected to be completed by the end of 2030. 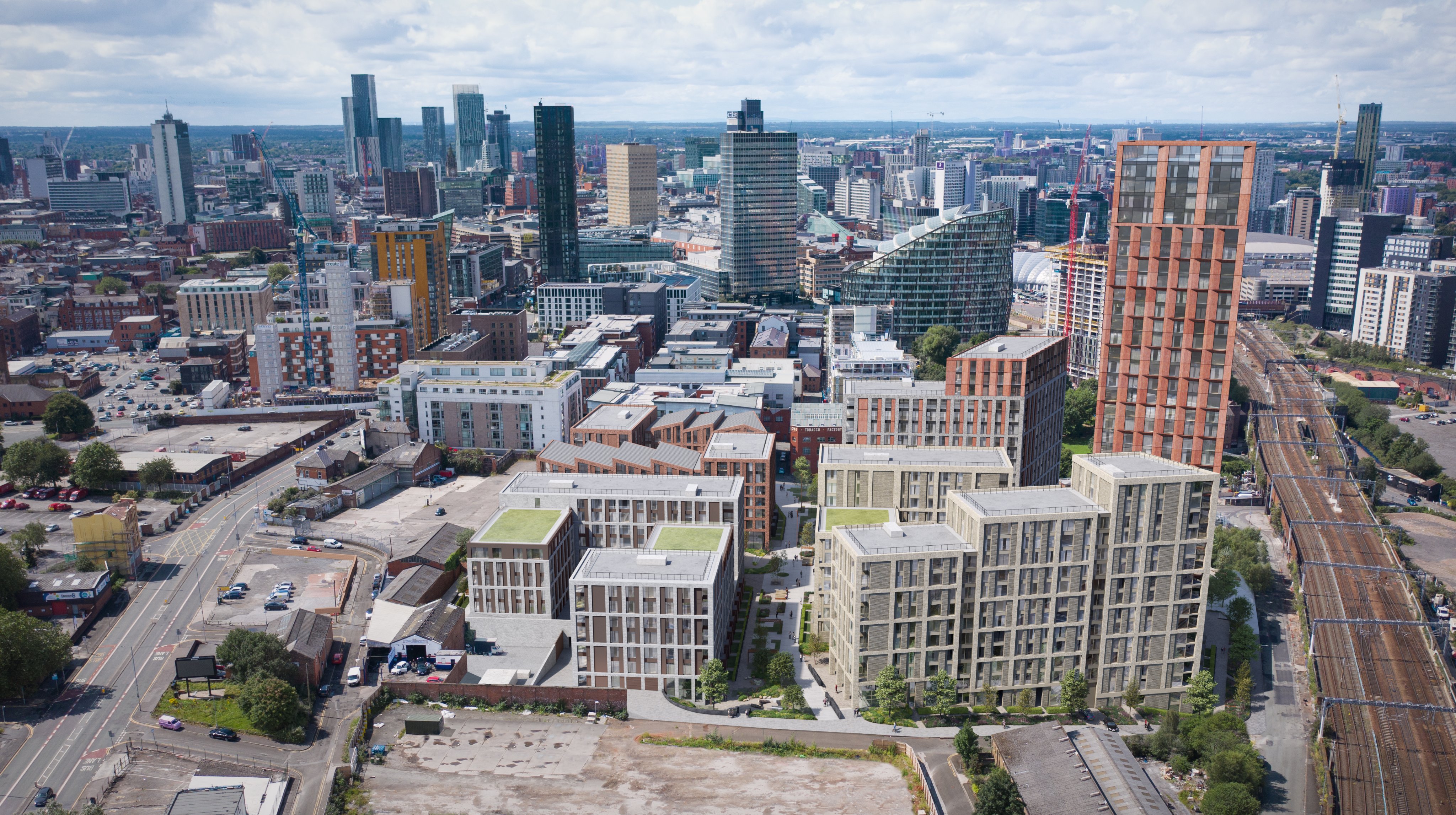 The Gasworks New Town neighbourhood is one of seven envisioned by the £4bn Victoria North masterplan, formerly known as the Northern Gateway Strategic Regeneration Framework.

This masterplan will see the entire area north of the city centre transformed over the next 20 years by the delivery of 15,000 new homes across 383 acres.

The Gasworks itself will act as a key anchor for this vision, being one of the first major developments to get planning permission and sitting so close to the city centre.

MCR has worked closely with developer Far East Consortium, which is jointly funding and developing the Victoria North masterplan alongside Manchester City Council.

Sir Richard Leese, Leader of Manchester City Council, said: “As one of the emerging neighbourhoods of Victoria North, New Town is aptly named.

“The Gasworks development will breathe life into a largely forgotten corner of the city centre fringe, bringing purpose and an energy to an area that is currently characterised by surface car parks.”

MCR will manage the construction themselves using specialist subcontractors.