The Enquirer has seen pictures of the accident last month at the Skanska Costain Strabag joint venture site in Hillingdon, west London where work is ongoing for the scheme’s Copthall Tunnels.

The lorry driver was was taken to hospital suffering from concussion after the incident and has since returned to work.

An HS2 Ltd spokesperson said: “The safety of our workforce and the public is our number one priority. An investigation into this incident is ongoing and we are sharing information about the incident with the HSE who have visited the site.”

More than 200 Unite members staged a protest at Skanska Costain Strabag’s HS2 site in Euston on Friday as part of an ongoing row about union recognition on the job.

Unite national officer for construction Jerry Swain said:“These demonstrations will not only continue, but will spread to include other areas where Skanska-Costain-Strabag currently work. We will not stop until union officials are allowed on site.” 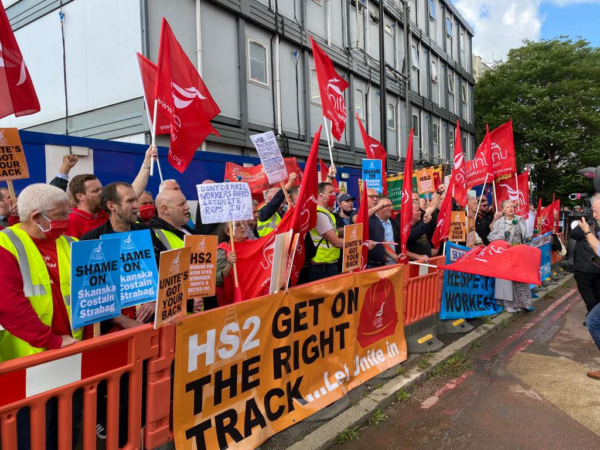