The mammoth warehouse job near Cleckheaton is estimated to be valued at £265m and is speculated to be for Amazon.

Vinci was helped to second place in the August rankings after Highways England awarded its civils venture Taylor Woodrow Plus a £227m contract to upgrade the A358 between the M5 at Taunton and the Southfields roundabout on the A303. 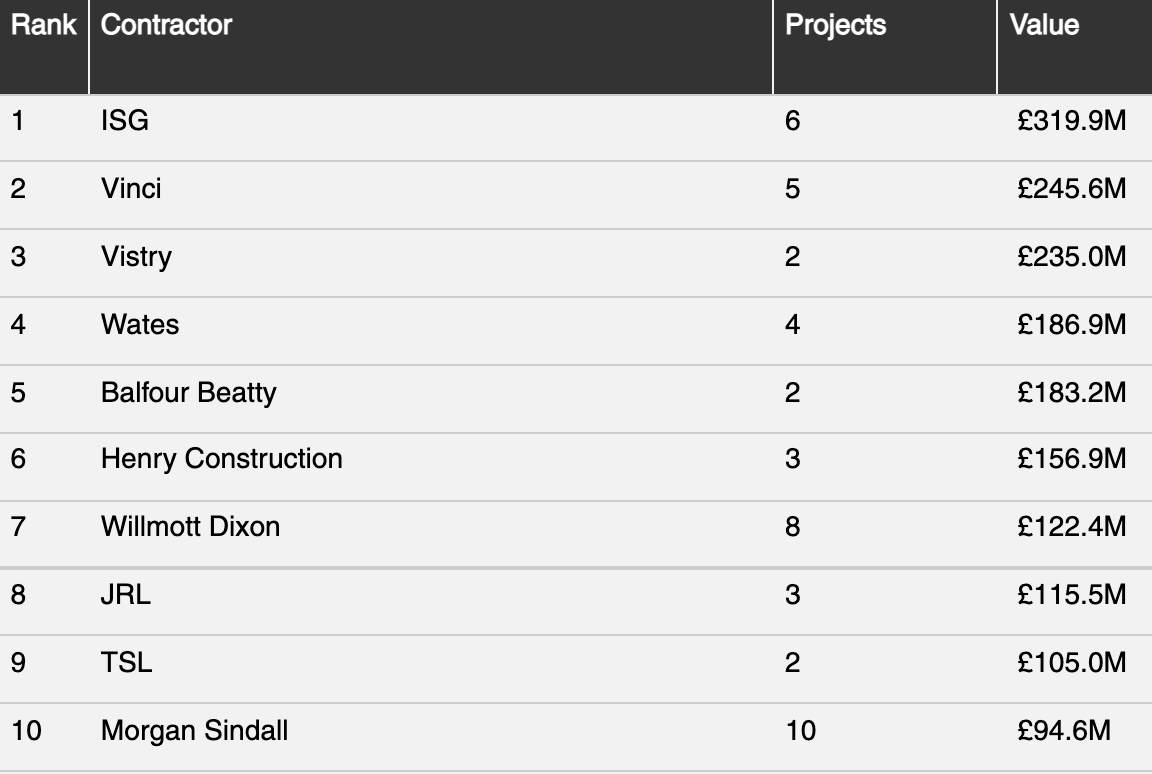 According to data collected by information specialist Barbour ABI, Vistry came in with the third largest clutch of orders last month helped by major orders for infrastructure and phase one building work at the Meridian Water regeneration site in North London.

In the updated 12-month rolling league table, Morgan Sindall now ranks as most successful contractor after bagging an estimated haul of £1.66bn.

It deposed Winvic, now in second place with a tally of around £1.65bn of orders helped by the booming logistics and shed market.

This sector has also lifted ISG into third position above the traditional big-name contractors.