The proposals – which were initially submitted in January – include a 223-room hotel, 247 flats and an extensive food and beverage area in a 100m long forum.

As well as improving ventilation and access routes to the building, the changes build in extra flexibility during the construction process to face industry challenges, such as material shortages and labour availability. 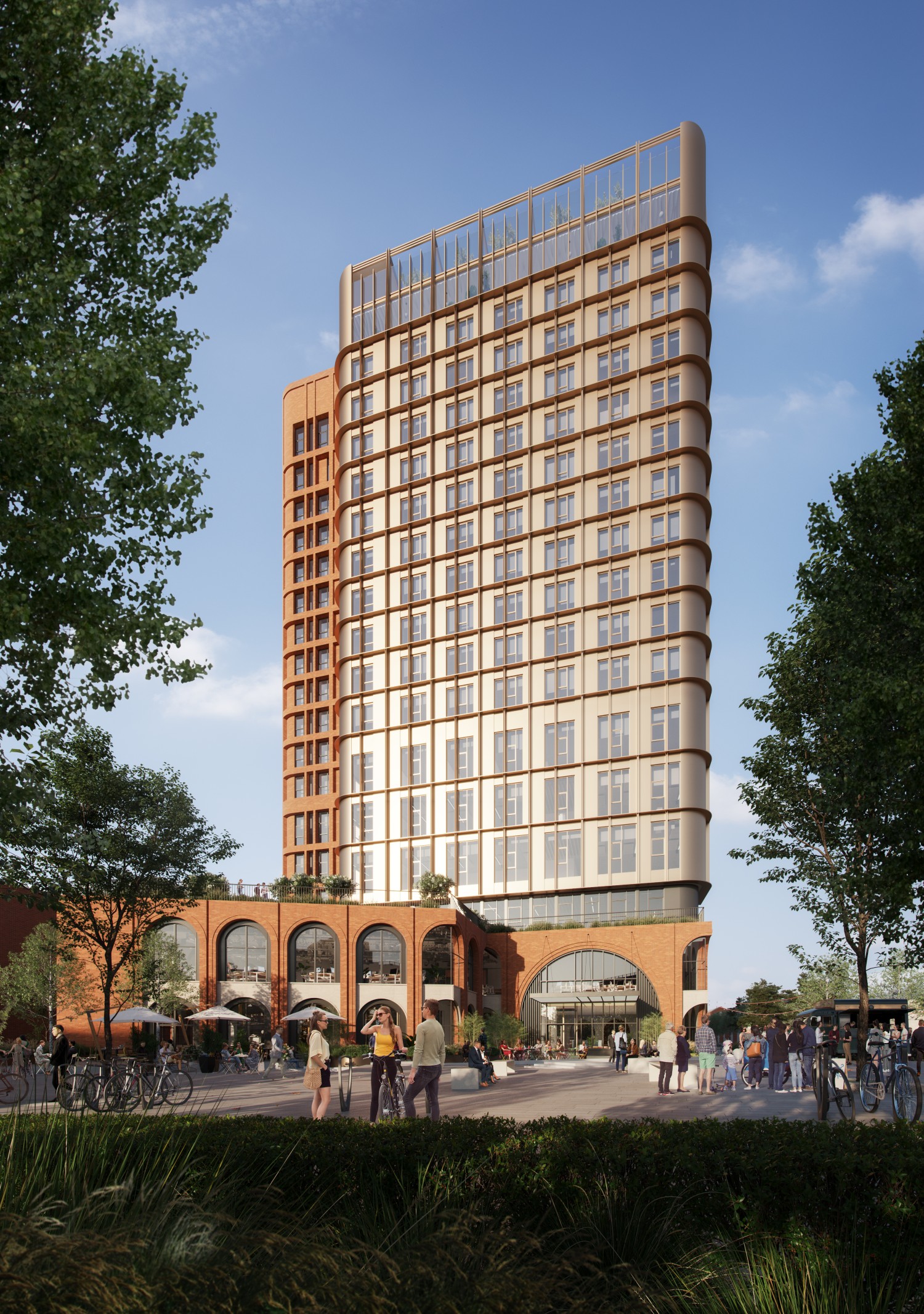 Tom Huffsmith, of Conygar, said: “Throughout the last year, we have worked closely with our design team to ensure that the plans for The Island Quarter have constantly been updated to meet the changing needs of a post-pandemic world.

“These alterations to 1B reflect those made to the overall masterplan for the site, which has been reimagined to include more green space, better routes for pedestrians and cyclists, and a focus on intergenerational living.

“1B is going to be a truly iconic building for the city, and we’re working closely with Nottingham City Council to ensure the plans will be approved and progress can continue to be made on this important site.”

David Jones, director at planning consultant AXIS, said: “While these changes will bring a positive impact to both the useability and buildability of 1B, the design intent is very much the same. The functions of the building itself remain as they were in the original planning submission – 1B will be a real flagship for The Island Quarter.

“The design changes are indicative of the impact of the pandemic, which is reflected more widely in Leonard Design and Studio Egret West’s emerging masterplan for the site as a whole.”