Around 170 engineers have been working on the 2,000 tonne, 125m-long TBM during its construction and assembly.

An expert tunnelling team will now work around the clock in shifts to operate TBM Dorothy for around five months as it excavates the first bore of a one-mile tunnel under Long Itchington Wood in Warwickshire. 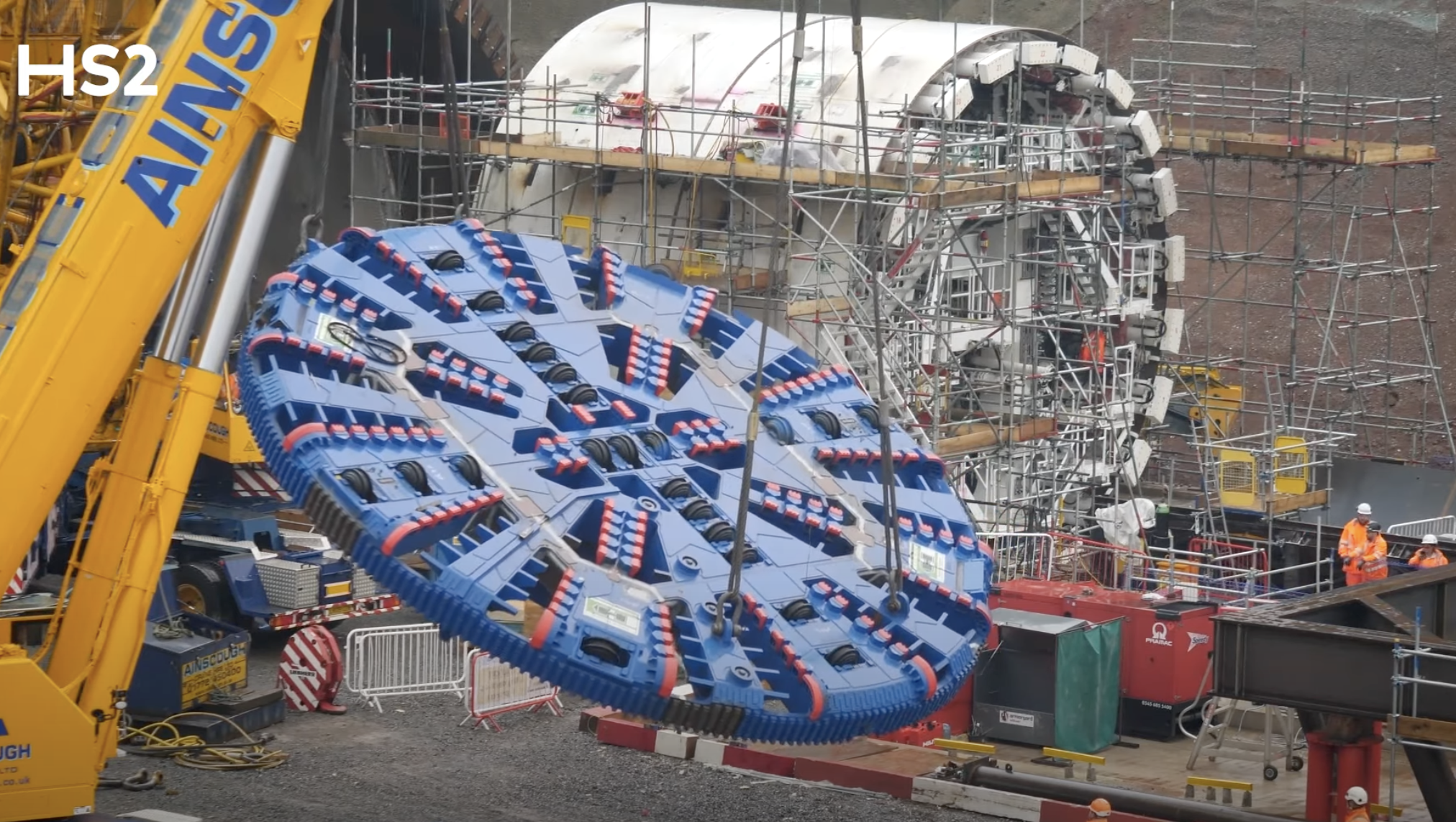 Dorothy cutterhead being lifted into place

This is set to be the first HS2 tunnel to be completed on the project, with the machine set to break through its first bore at the south portal in Spring 2022.

It will then be dismantled and taken back to the north portal to dig the second bore, which is due to be completed in early 2023.

The machine will remove a total of 250,000 cubic metres of mudstone and soil which will be transported to the on-site slurry treatment plant where the material is separated out before being reused on embankments and landscaping along the route.

Michael Dyke, Managing Director of Balfour Beatty VINCI said: “As Dorothy, our cutting-edge tunnel boring machine, sets off on her one-mile journey, our work across the northern section of HS2 continues to progress at pace.

“Over the next few months, we’ll be building on our efforts to recruit the 7,000 people required across the Midlands to help us shape the UK’s future infrastructure landscape; those who will see their work enjoyed for many years.”

In total there will be 10 HS2 TBMs on Phase One, working to create 64 miles of tunnel between London and the West Midlands for Britain’s high speed rail project.

After a national vote, the TBM was named after Dorothy Hodgkin, who in 1964 became the first British woman to win the Nobel Prize in Chemistry. Her discoveries included confirming the structure of penicillin, and her work with insulin paved the way for it to be used on a large scale for treatment of diabetes.