Planned works include land remediation, earthworks and changes in site levels alongside the banks of the River Irk, while also revitalising the existing St Catherine’s Wood.

The planning application also seeks approval to build preliminary transport infrastructure, including facilitating a new permanent road and junction into the Red Bank neighbourhood, along with new drainage, street works and utilities infrastructure for the area.

These key infrastructure improvements will pave the way for future planning applications for new homes from the Council’s joint venture partner for Victoria North – Far East Consortium (FEC) – and other third-party developers. 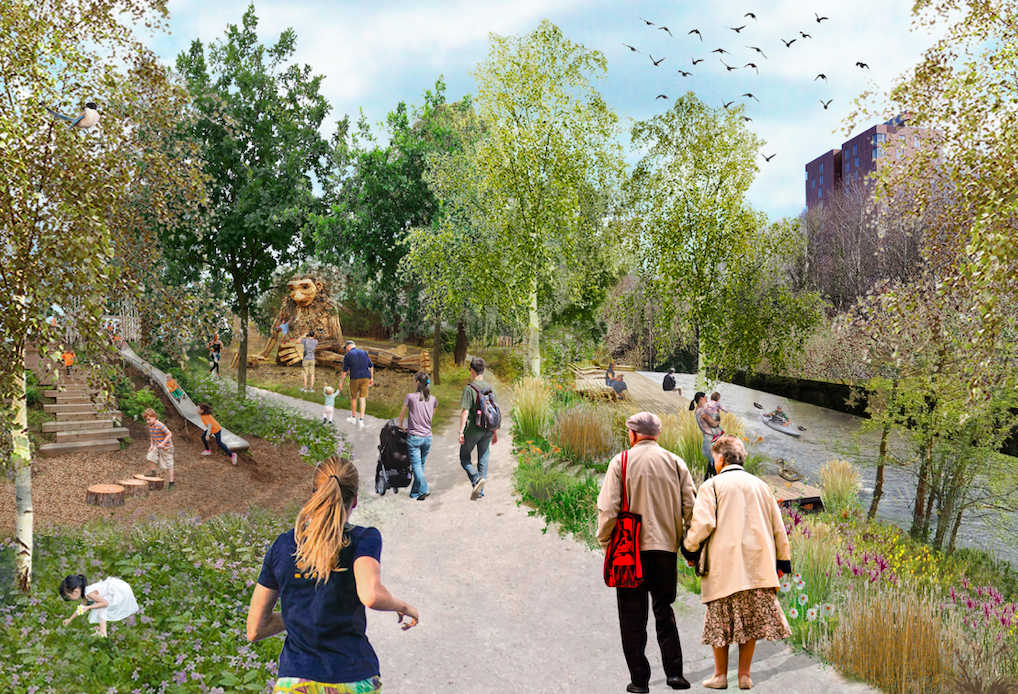 The infrastructure is being funded through a £51.6m grant award from the government’s Housing Infrastructure Fund.

The investment in the first phase of a long-term investment to create the City River Park, which will eventually link Red Bank close to the city centre to Queens Park in Collyhurst through interconnected, quality green spaces.

This application follows an initial planning application in November 2021 that approved the start of enabling works at the Red Bank site, including the removal of invasive trees and vegetation, the creation of a temporary haul road, and the demolition of the former Creamline Dairies buildings.

Over the next 15 to 20 years, the Victoria North project will deliver more than 15,000 new homes – at least 20% of which will be affordable housing.

Cllr Gavin White, Manchester City Council’s executive member for housing and employment, said: “This application continues the journey for the Red Bank neighbourhood, unlocking a large swathe of underused brownfield land, readying it for residential development, along with new walking and cycling routes through newly created and revitalised green space.

“The River Irk and St Catherine’s Wood hold a huge amount of potential and have been underused for decades, so it’s great to begin the journey of development that will celebrate this area and bring it into active use.”