The arched structure will span four tracks – two HS2 lines as well as two East West Rail lines – and will be the first of its kind in the world over a railway.

Tracks will be covered to a height of 10m by pre-cast concrete segments to act as a physical barrier to prevent a rare species of bats in the area from colliding with high speed trains.

The colony of endangered Bechstein bats is located in the ancient Sheephouse Wood, designated as a site of Special Scientific Interest, which lies next to the route.

The tunnel-like structure will cover a 900m stretch of the railway that lies in the flight path of the rare bat species.

Designs are still being finalised for the Sheephouse Wood Bat Mitigation Structure and should be unveiled in coming weeks.

The unique bat protection structures will be constructed using the Swiss-developed BEBO Concrete Arch System. Precast segments will be installed to cover the tracks with a structure described as resembling HS2 porous tunnel portals that have been designed to baffle the noise from changing air pressure as high speed trains enter tunnels. 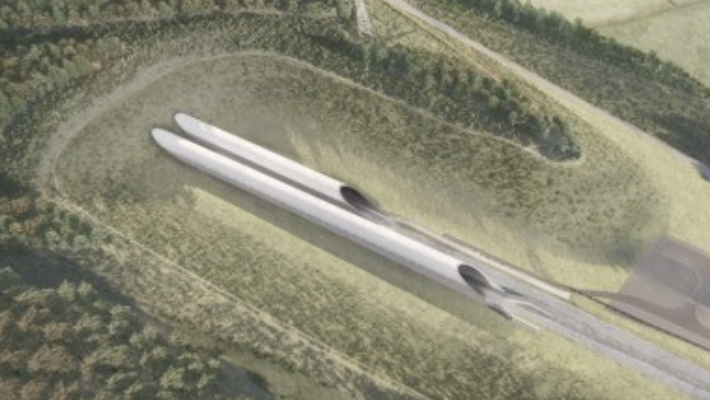 HS2’s main works contracts, EKFB – a team made up of Eiffage, Kier, Ferrovial Construction and Bam Nuttall, is handling procurement on the central section of the line.

Tenders have been invited to construct the main 900m raft foundations expected to cost £30-£40m.

Bids are due in for this main section in June 2023.

EKFB is also now prequalifying firms to install the precast concrete arch segments under a contract valued around £7m.

PQQS for the installation job are due back by 21 April to shortlist firms for a tender contest with contract award in January 2024.