The landmark moment yesterday saw local teacher Sushila Hirani, after whom the TBM is named, ceremonially switch on the 2,000t, 140m long machine on its 5-mile journey.

It is the first of six TBMs that will tunnel 26 miles under the capital.

James Richardson, managing director of Skanska Costain STRABAG JV said: “Today we start one of the most complex parts of HS2, tunnelling from here at West Ruislip towards Euston beneath one of the busiest cities in the world.

“The huge team effort has enabled some of the most advanced TBMs ever built to be launched.

“Our team has brought together world class skills along with developing many new people to the industry working on this crucial national infrastructure project.”

“Sushila” is the fourth of 10 TBM to be launched that will eventually bore 64 miles of tunnels between London and the West Midlands. 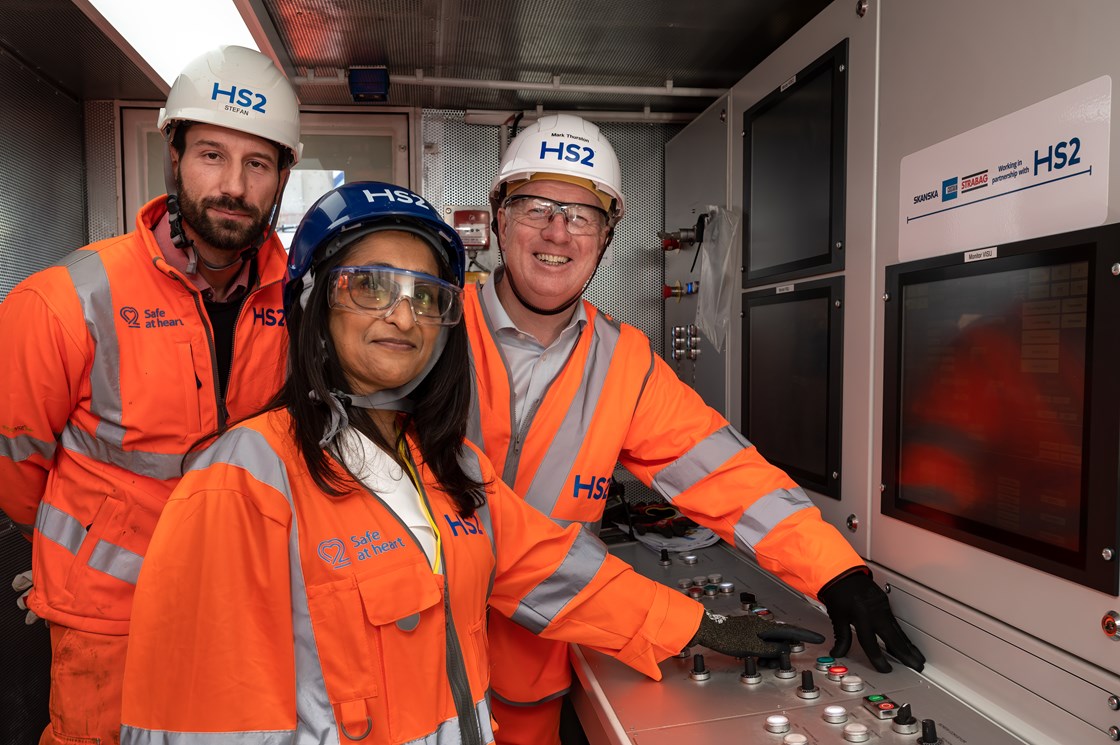 Later this year a second TBM, named after 18th century astronomer Caroline Herschel, will also be launched from the West London site to build the second of HS2’s twin-bore tunnels towards central London.

Fifteen strong shift teams will work non-stop for 22 months, except Christmas Day and bank holidays, to Greenpark Way in Greenford, where they will be dismantled and lifted from the ground.

Separately, two other TBMs will set off towards Greenpark Way from HS2’s Victoria Road site in 2023 to build a further 3.4-mile twin-bore tunnel.

Together the quartet of TBMs will excavate 8.4miles of twin bored tunnels between West Ruislip and the new high speed rail super hub station at Old Oak Common.

Another 4.5-mile twin-bore tunnel extending from Old Oak Common to Euston will complete HS2’s journey to its London terminus.