Robertson is main contractor on the £62m job to convert the listed former council-owned Leonardo buildings into student accommodation for developer McLaren Property.

It is believed the fire started in a section near the top of the building and quickly took hold on the top three floors as local pubs and bars were evacuated while crews from across West Yorkshire Fire and Rescue Service (WYFRS) worked together to tackle the blaze.

The fire took hold of plastic wrapping and scaffolding surrounding the site.

Incident Commander Dale Gardiner said: “Due to the number of calls, the initial incident commander had 10 engines on scene to deal with the fire, which meant it could be contained to the top three floors.

“It was dealt with quite quickly and crews worked fantastically hard to stop it spreading further or going into other nearby buildings.

“The fire itself was in the wrap surrounding the building. It was the scaffolding which had caught fire, which made it difficult for crews to put out.

“It is difficult to say as yet what the extent of damage the fire has caused, but it looks like it was mainly contained to the outside. 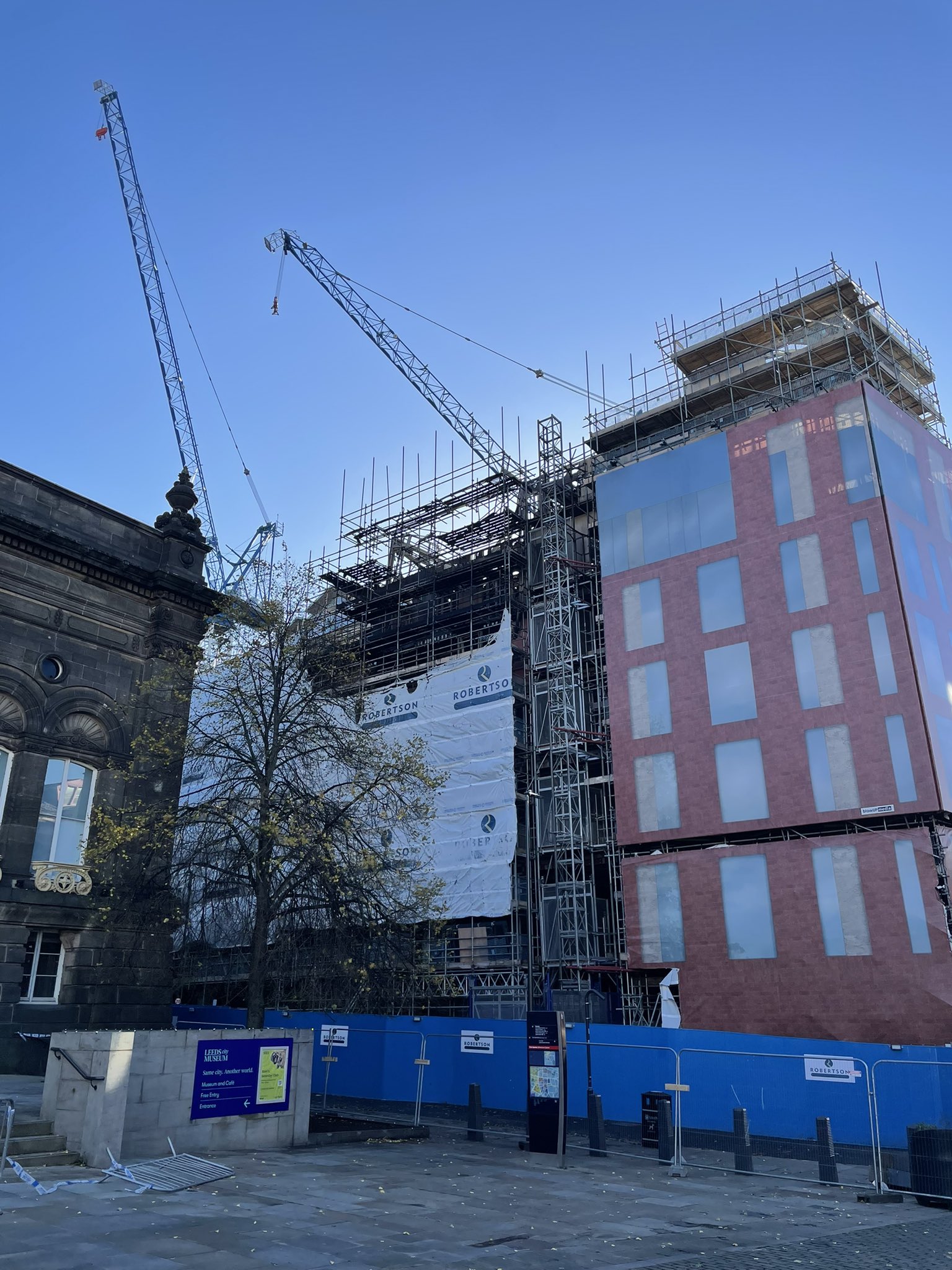 The aftermath of the blaze. Picture courtesy of Jonathan Pryor/Twitter

“Fire investigators and building contractors were on site last night and continue to be on site today.

“As this investigation is on-going, we do not want to speculate what may or may not have caused it.”

Robertson Construction started work 12 months ago on the job which is due to complete by August 2023 in time for the 2023/2024 academic year.

A spokesperson for Robertson Construction, said: “We confirm a fire incident occurred on Saturday evening at our project in Leeds city centre, and that there have been no reports of any injuries.

“We are supporting the emergency services in their investigation to establish the cause of the fire.  We are also conducting our own investigations to ensure the safety of the public, our employees, supply chain and other connected stakeholders.”