Building work on the A57 Link Roads scheme which is designed to tackle congestion between Manchester and Sheffield had been due to start this spring.

The two new link roads project forms part of plans to deliver Trans Pennine route upgrades between Manchester and the north of Sheffield.

The challenge focuses on two main areas. Firstly on the way cumulative carbon assessments were carried out, along with local plans. And secondly on how the assessment of alternatives and their impact on the green belt have been considered.

A spokesman for National Highways said:  “In light of the legal challenge the planned spring start will not be possible.

“At this stage it is too early to say how much of an impact the legal challenge will have on our programme, but we anticipate that it could be several months before there is more clarity.

“We’re disappointed about the legal challenge. We believe our proposals will provide much-needed relief for drivers and businesses that use this vitally important route every day, while also delivering an economic boost to the Greater Manchester and Sheffield city regions.” 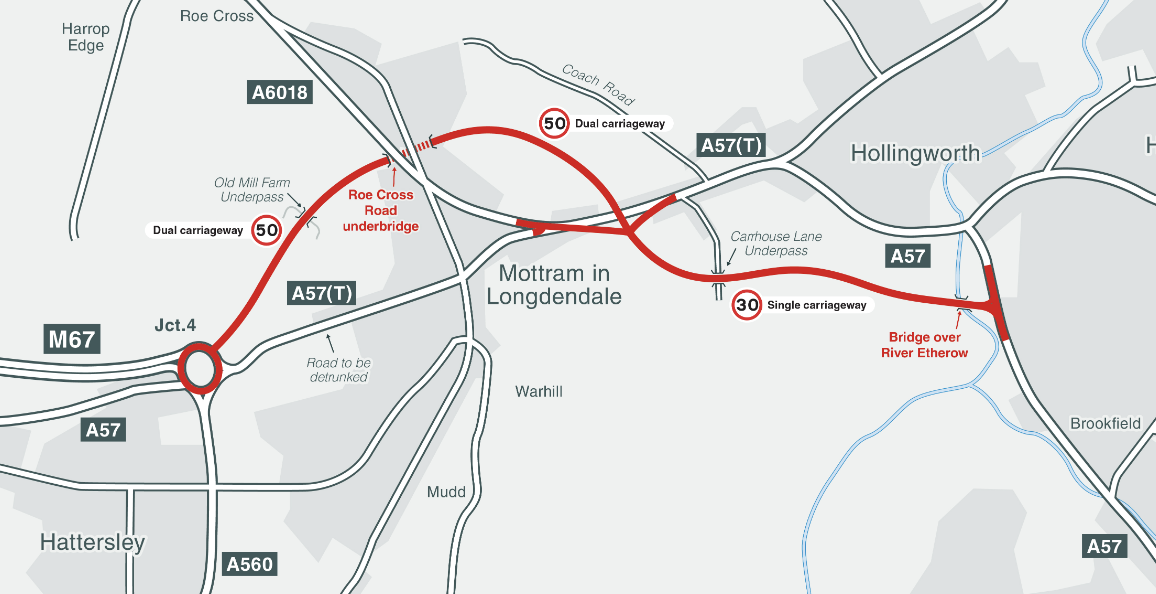 Two new roads will bypass the existing A57 to relieve congestion along the route.

The A57 Link Roads project will include the creation of two new link roads:

At construction peak, Balfour Beatty would employ a workforce of 200 of which 10% will be graduates or apprentices.