Now the Clatterbridge Health Trust has confirmed that work has been stopped while negotiations continue.

O’Rourke has moved its machinery off the site now the first phase of piling has been completed.

But all of the firm’s main infrastructure like site huts and welfare facilities remains while discussions continue.

A Trust statement said: “As stated last week, we have recently received the target cost submission from Laing O’Rourke and the Trust, together with its advisors, is currently reviewing its contents in conjunction with Laing O’Rourke.

“It is important that the final costs which we agree with the contractor represent value for money for the Trust and for the taxpayer and we do not intend to instruct further work until we are confident that we have agreed a figure which delivers this.

“The Trust took possession of the site in Liverpool in August 2016 and this allowed Laing O’Rourke to undertake site investigation and clearance works.

“They were subsequently instructed to undertake the first phase of piling and to move forward with site set up.

“This work has now largely been completed and the piling equipment used in this process has been removed from the site.” 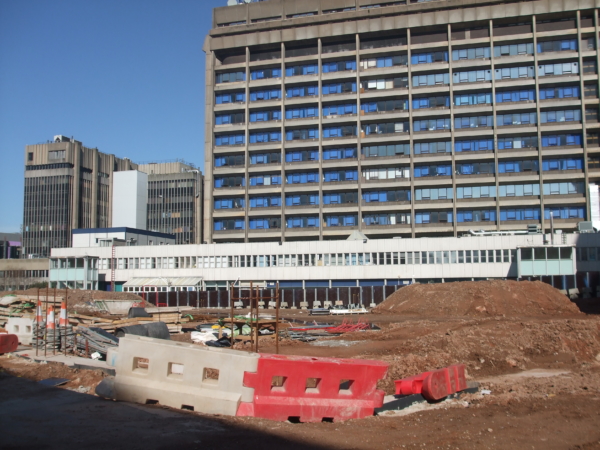