The Twitter blast from Almacantar chief Mike Hussey follows a court victory by the developer over the contractor following a row over pre-construction service agreement fees after McAlpine decided not to proceed to main contract. 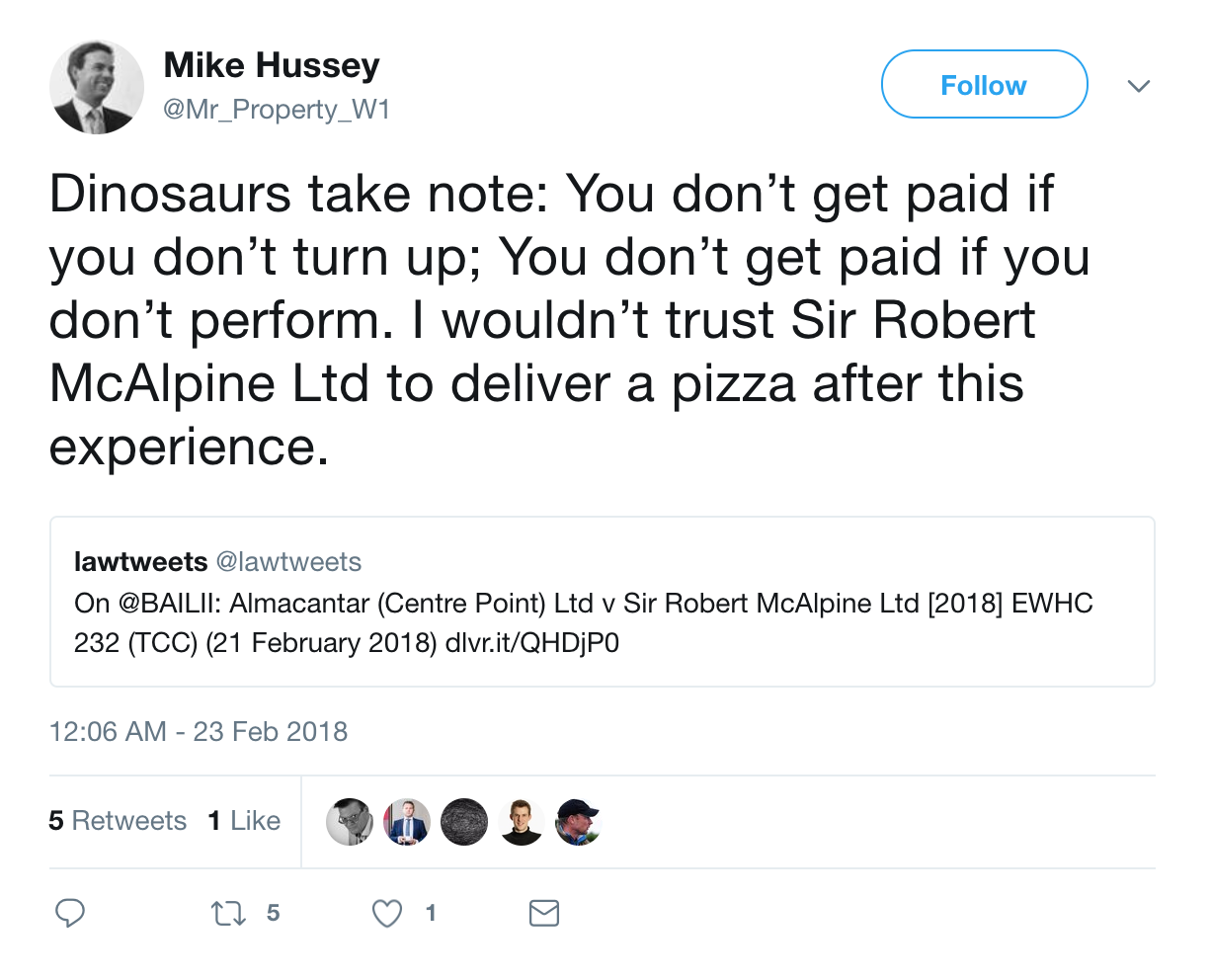 The developer and contractor became pitched against each other following a bust-up over delivering the project as a design and build job.

McAlpine was working on the £100m-plus project under a pre-construction service agreement for 20 months. But by June 2014 ahead of moving to the next main contract stage, McAlpine said it would not sign a more risky design and build contract and proposed a construction management route.

Almacantar rejected the offer and three months later appointed Multiplex as the main contractor for the job.

The two then became embroiled in a dispute about whether the contract terms allowed a final part of McAlpine’s fee to be released under the PCSA agreement.

Initially an adjudicator ruled in McAlpine’s favour, but the High Court has overturned this and backed Almacantar, ordering McAlpine to repay the £1.1m including interest awarded in the adjudication.

Demolition contractor back on strong financial footing after previously setting aside £5.6m for bid rigging probe
2 days ago

135-home Vaux scheme will be first of four neighbourhoods totalling 1,000 homes
3 days ago

Materials and product Inflation tops 20% so far this year, but labour set to be next big headache
4 days ago

Around 450 staff have on average received over £6,000 since move to employee ownership five years ago
4 days ago

Next generation framework for jobs up to £7.5m employs a parallel plotting structure
4 days ago

Isle of Man seeks to become a leader in the emerging medicinal cannabis sector.
5 days ago

Construction could start in 2024 after Dorset County Hospital secures £77.3m of funding
6 days ago

Over 400 homes and nearly 600,000 sq ft of office and shops planned for railway sidings site
6 days ago